Jigger Cruz examines the primitive memory of the figurative in Modernist painting. He is returning to Modernism’s layers of repressed, barely formed reckless urges to destroy their precedent. When such an attempt is filtered through an ironic, neo-expressionist approach, it’s even more difficult for the viewer to locate the philosophical and cultural contexts behind the work. Jigger Cruz’s exhibition forces the viewer to ask whether the work on display in Depth Circus transcends its influences or merely references them.

The paintings re-work many of the stylistic quirks and formal concerns of Classical painting, employing their basic composition, approximating their processes. This is in conjunction with exposing the canvas stretcher bars and revealing all aspects and surfaces in the final form. In this sort of contrast of delicacy and wildness do we see Cruz deal almost exclusively with opposites, turning the object inside out and back to front so construction and form become one. This is evidenced most clearly in this series of paintings where the figure presents itself becomes a token to the viewer on first entering the gallery. The figures presence reminds us of the laborious painting activity as well the art historical baggage of the contemporary painter, with the result that its destruction becomes integral to our aesthetic understanding of the piece.

His materials serve as both expressive, worked constituents and raw stuff in their own right, and this fluctuation between both painterly approaches could be seen as as a point of interest and a strength.

The sense of manufacture as artifice can be found elsewhere in Jigger Cruz’s work. In his last exhibition in Surface Default , for instance, materials – pencil, the dripped and scraped oil paint, the occasional wash of gouache – are constantly overlapped. It is difficult to discern the order in which the materials were brought together with the result that these brute forms take on the appearance of sketches.

One cannot escape the feeling that they are half-realized, begging to be transformed into majestic paintings, returning to grandeur that would not look out of place when seen side by side with the referent art museum pieces.

This notion is confirmed in the work on show in Depth Circus which uses oil on modestly sized canvasses and Spatialist techniques (murderous knife through the canvas). The paintings demonstrate that Cruz’s approach to the connotations and qualities of a material is not completely thought through.

The works in Depth Circus requires considerable focus and attention: each centimeter of the canvas has been worked on to create a complex network of linear and squeezed detail. Expertly arranged to create a painting that plays on both the physical and symbolic connotations of ‘depth’ reveals the control, restraint and calculations of Jigger Cruz, which are the most defining qualities of these works. 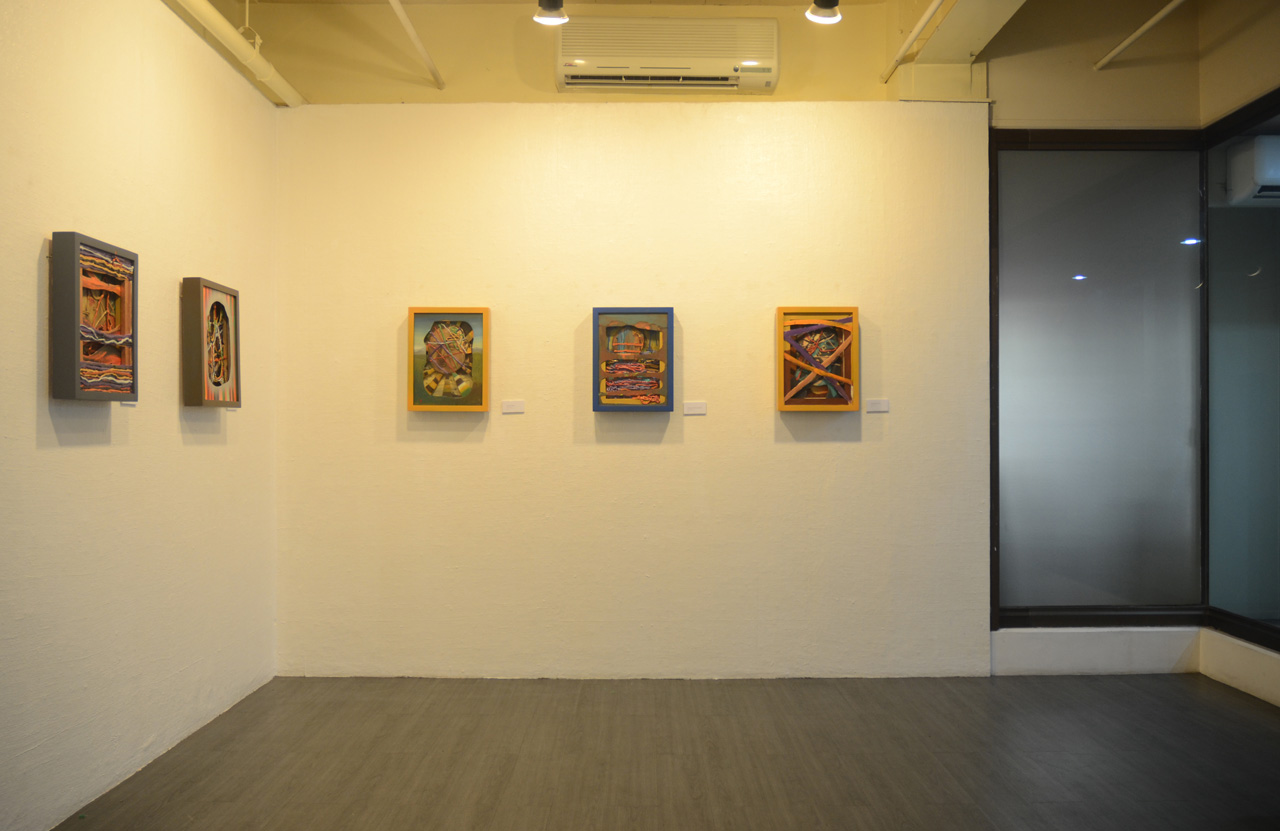 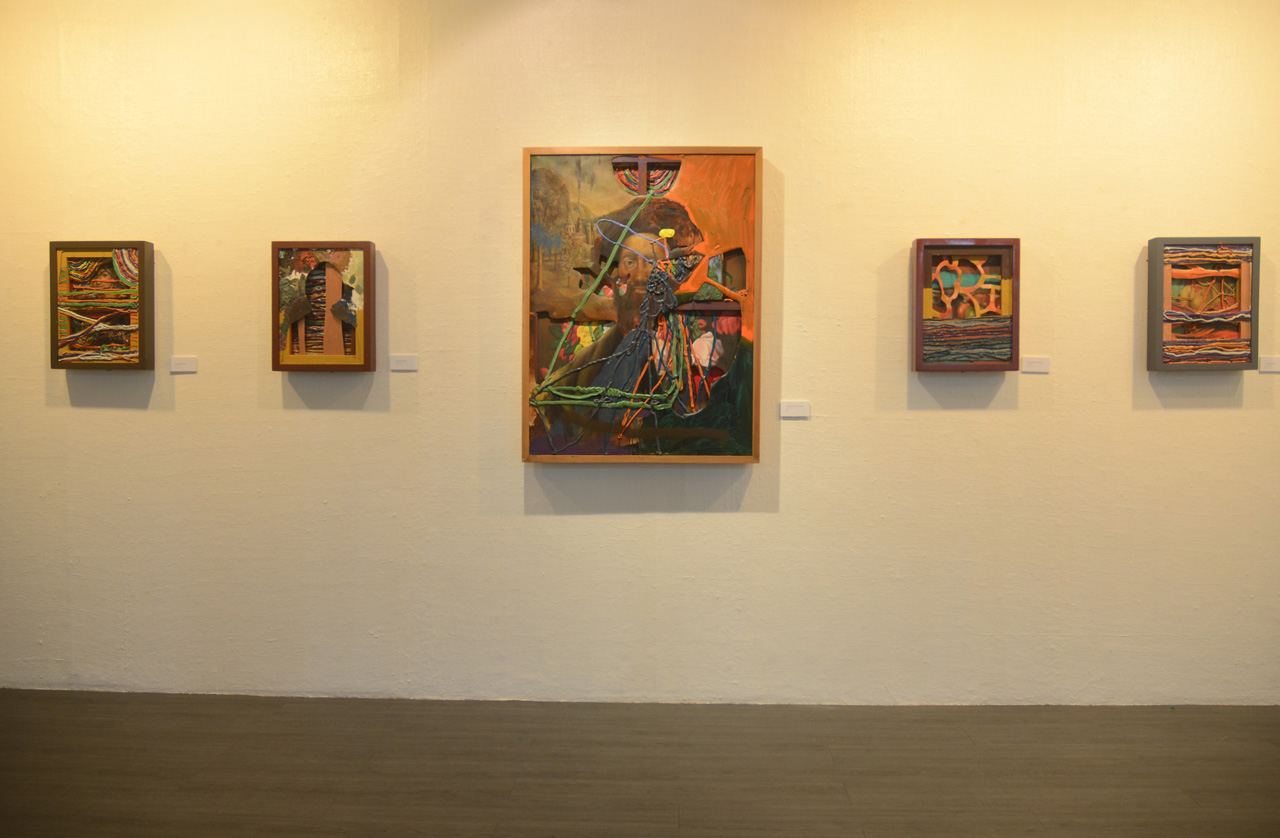 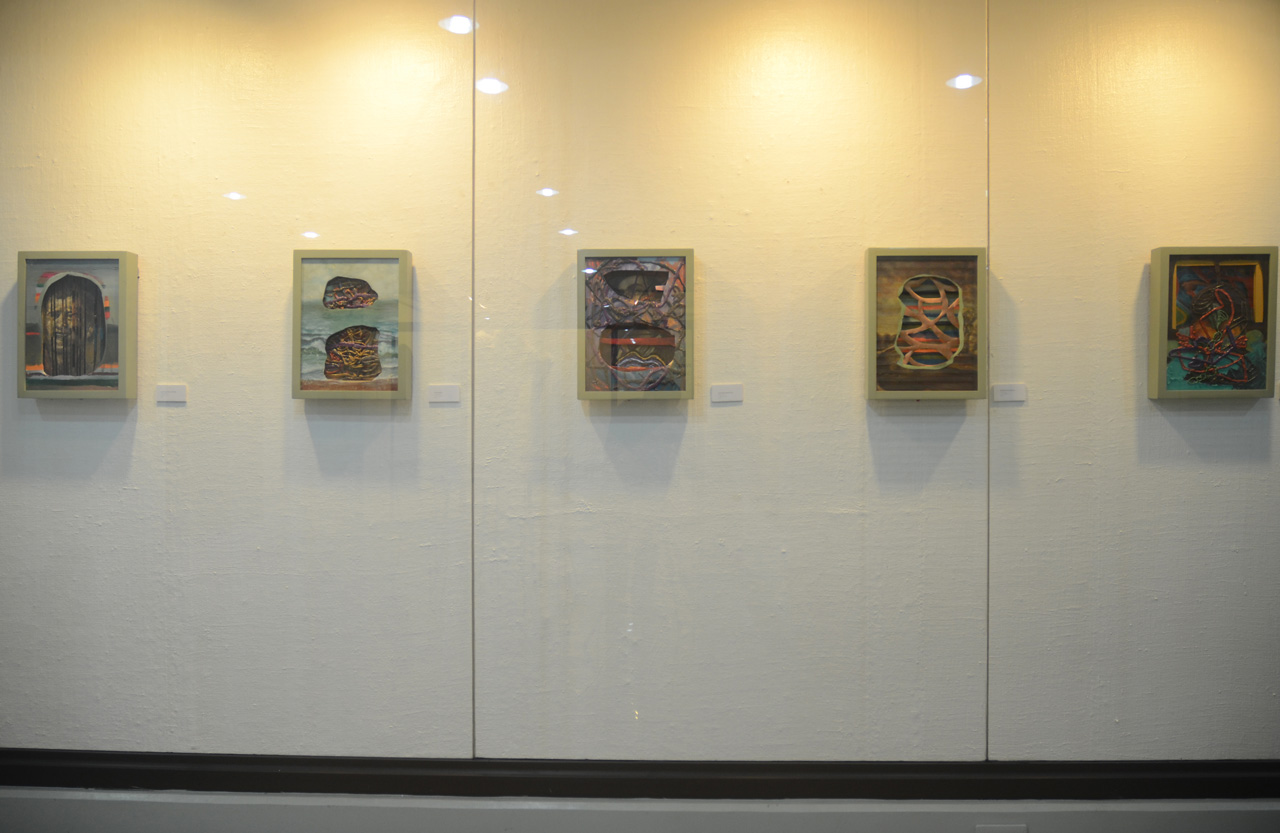 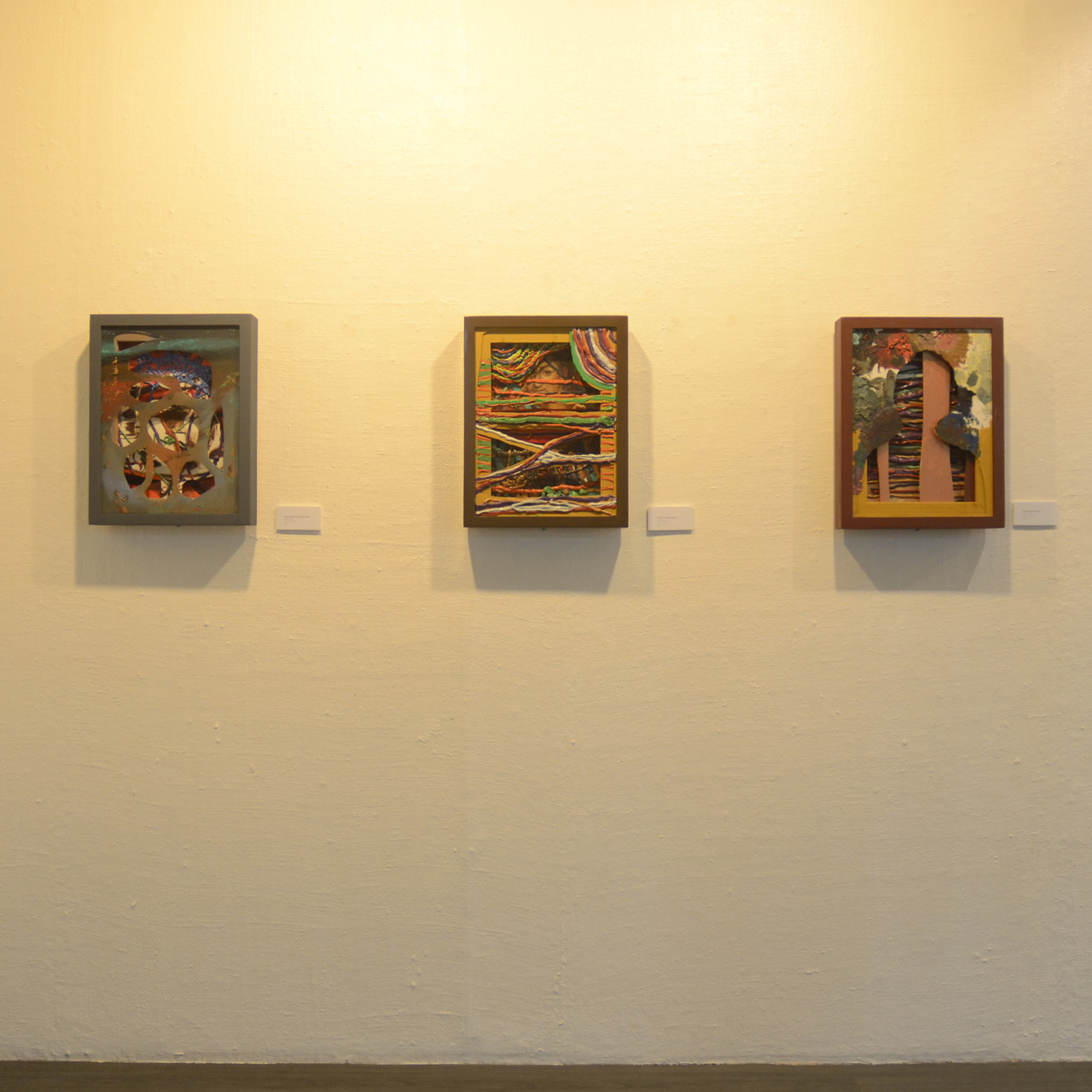 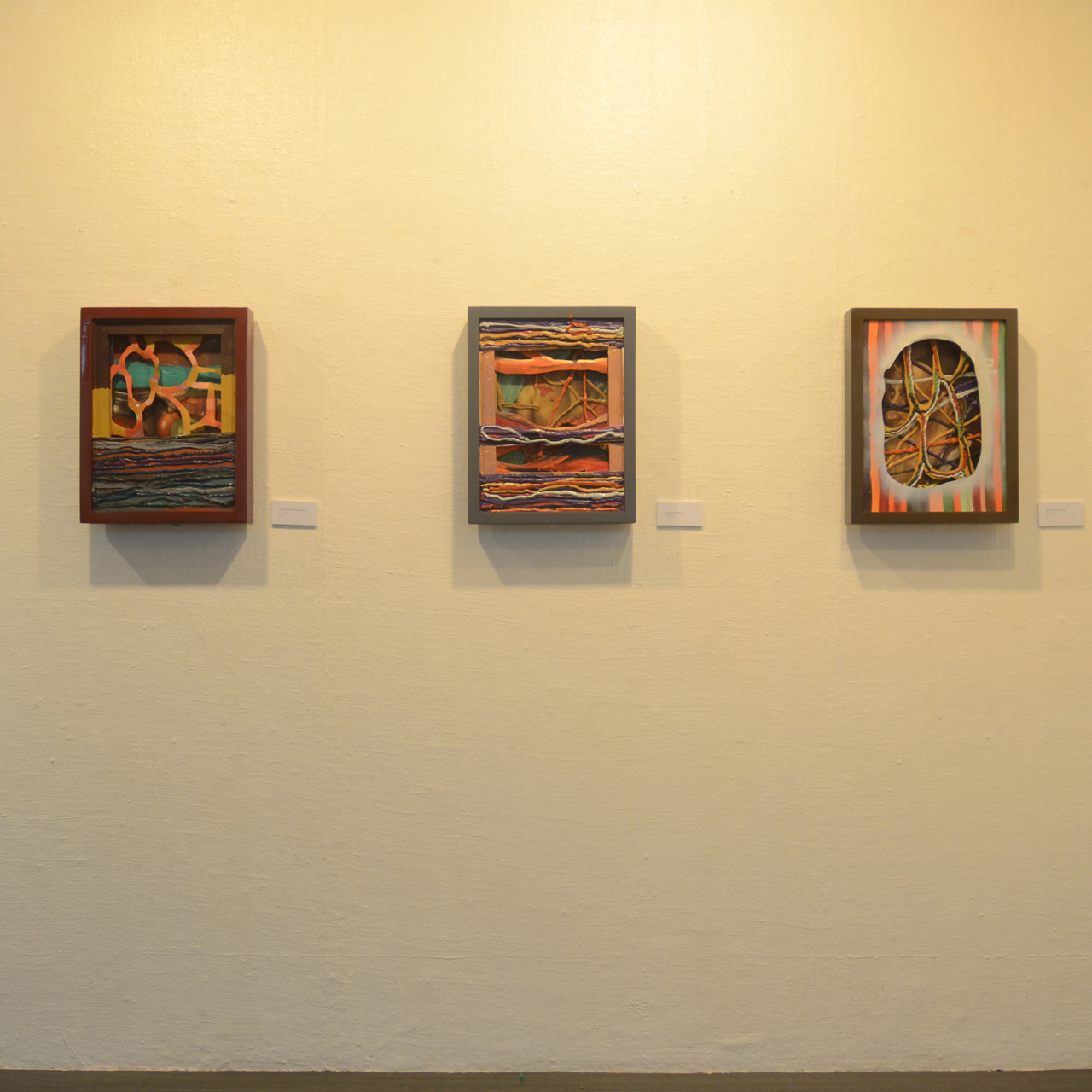 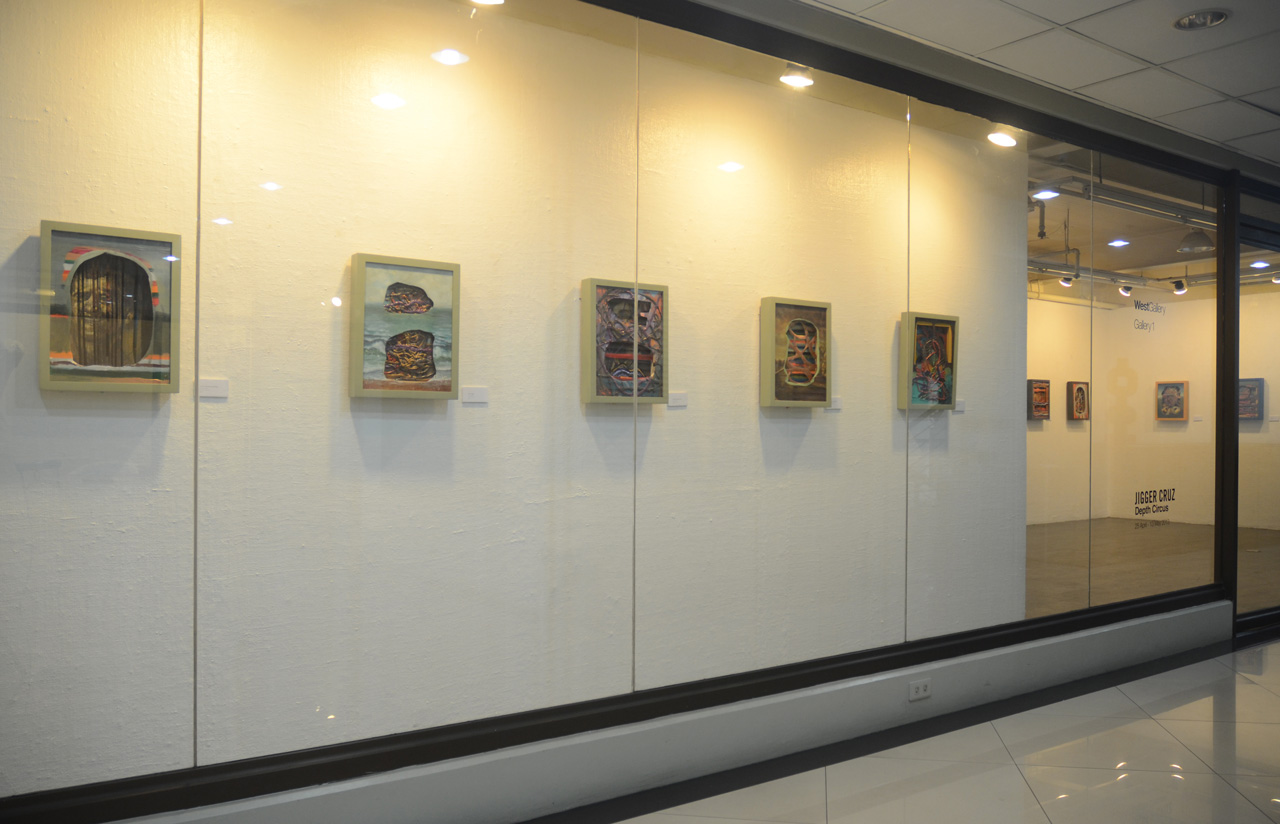 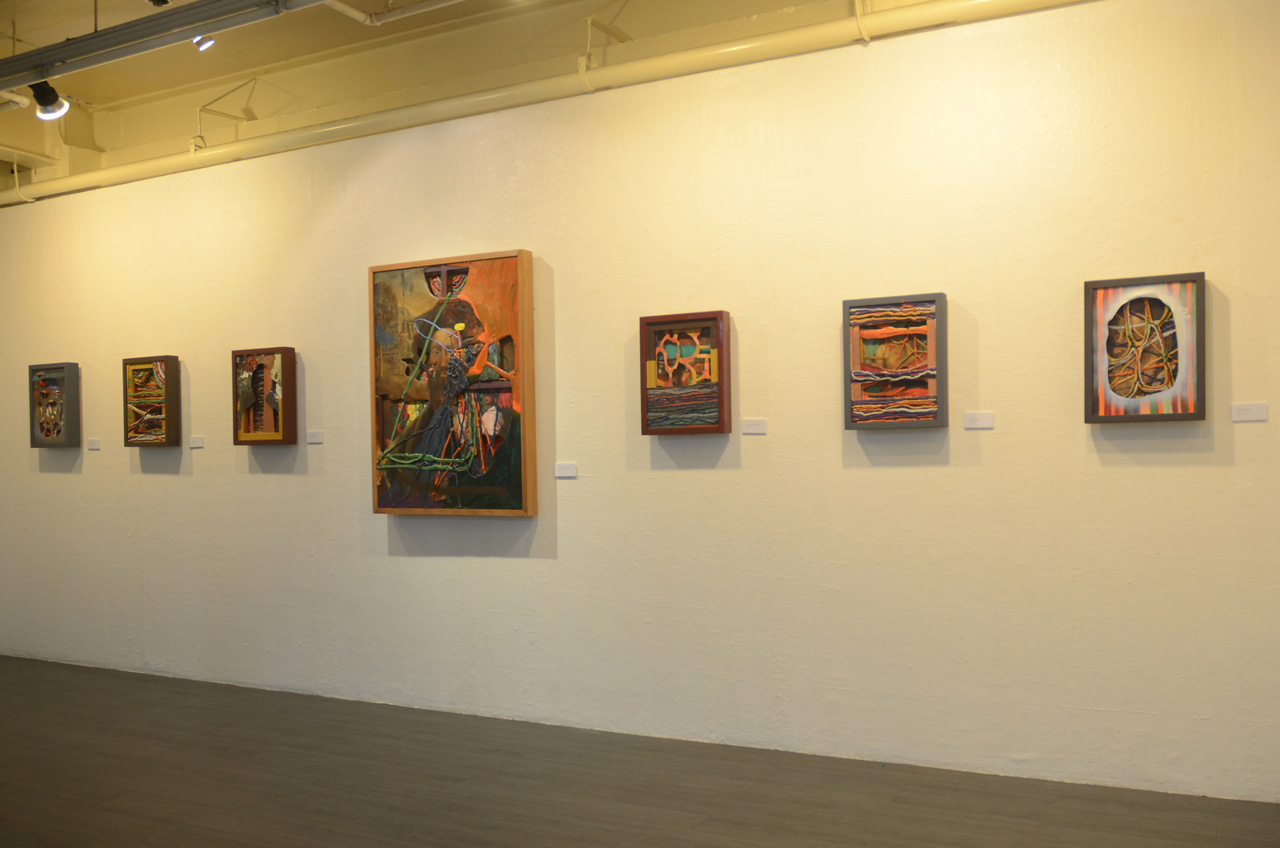 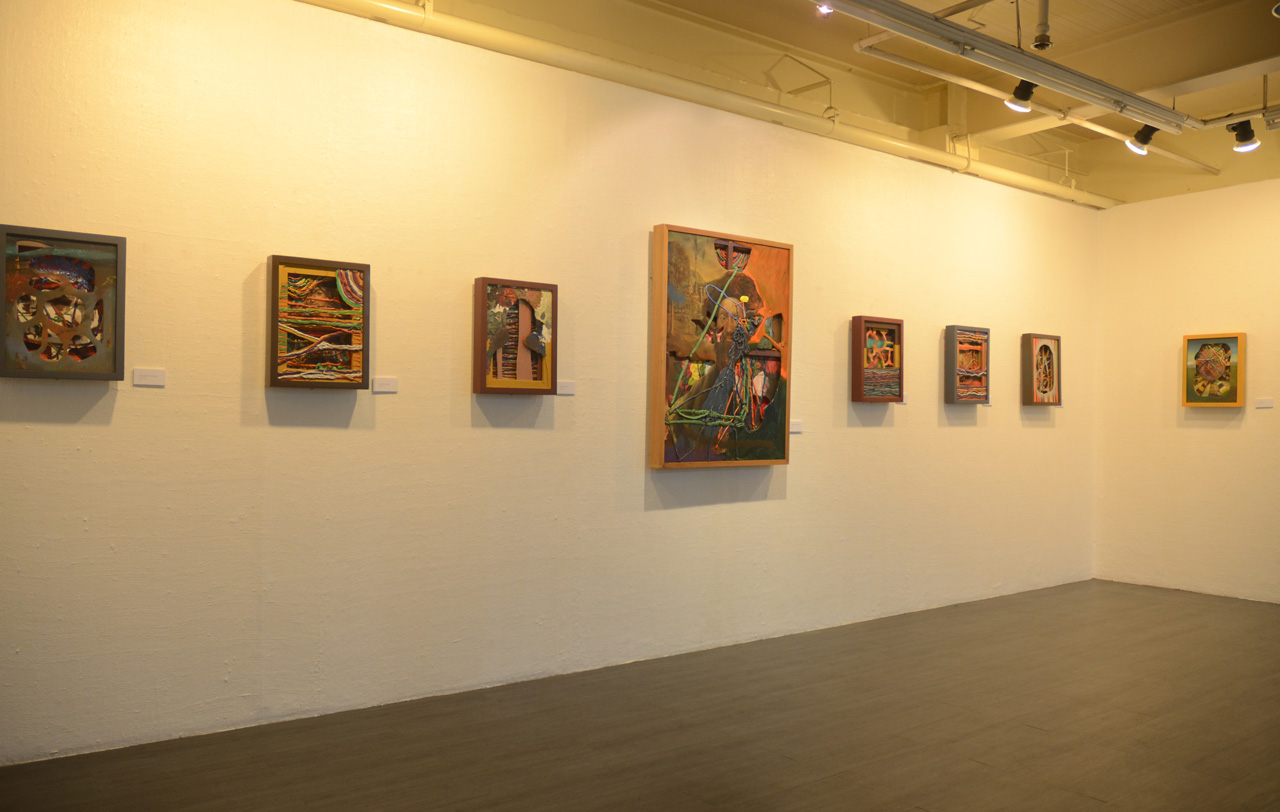