Locked in countless battles against the most impossible foe, Miles Villanueva takes Time, “the wayward beast,” and grapples with it through a series of paper manipulations, taking his process to the fore and presents this transposition of struggle as the works themselves. As the title (Days, Weeks, Months, Years) suggests, there is a gradation of encounters, corresponding to the length of time he, as an artist, experiences.

For Villanueva, Time is a hindrance, an erratic ally and/or enemy, whose allegiance to him depends on the day. Its passage is unreliable, catering only to its own whims with a disregard for what he needs from it. Time (or its nature) is, for him, the root of many missed deadlines, the cause of many instances of overplanning and overthinking, the leading catalyst of paralysis due to too many things left to be done and not nearly enough time to do them.

In an attempt to slay Time itself, to defeat that which he sees as his biggest hurdle (and the prison within which he cannot escape, within which he is forced to exist and work), Villanueva uses paper material from issues of magazines — indicators of the passage of time, markers of particular events — as a stand-in for Time, the construct. Through each work, he slays each “myrmidon”, creating a towering mountain of shredded paper, a collection of makeshift talismans — layered fragments of time brought together by a lack, a hole — a tall pile of magazines stacked on top of each other. Among all of his pieces, “Months” is most clearly a symbolic vanquishing of his true foes, like the windmill-giants conquered by Don Quixote’s spear.

Days, Weeks, Months, Years is a contemplative exercise in conquering the unconquerable, a solution that works outside the construct it was meant to move in. The too-massive meanings are projected onto these objects that Villanueva knows how to manipulate and defeat. “I was stabbing these monsters in the eye with their broken horns,” he says. In the end, the exercise proves to be a triumph after all: the foe (Days, Weeks, Months, Years, and even Time itself) is vanquished, and the culmination of his victory, the resulting show. 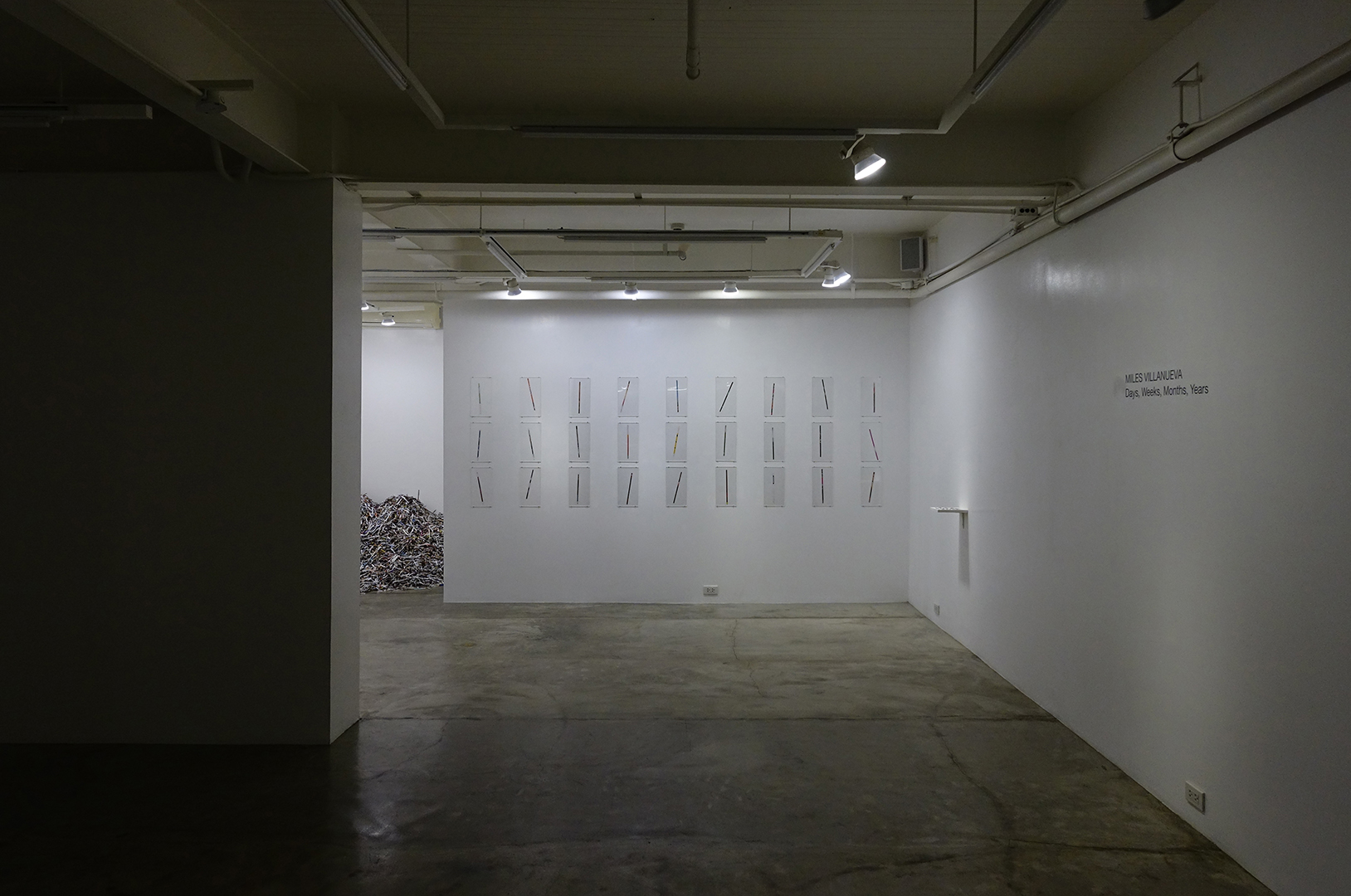 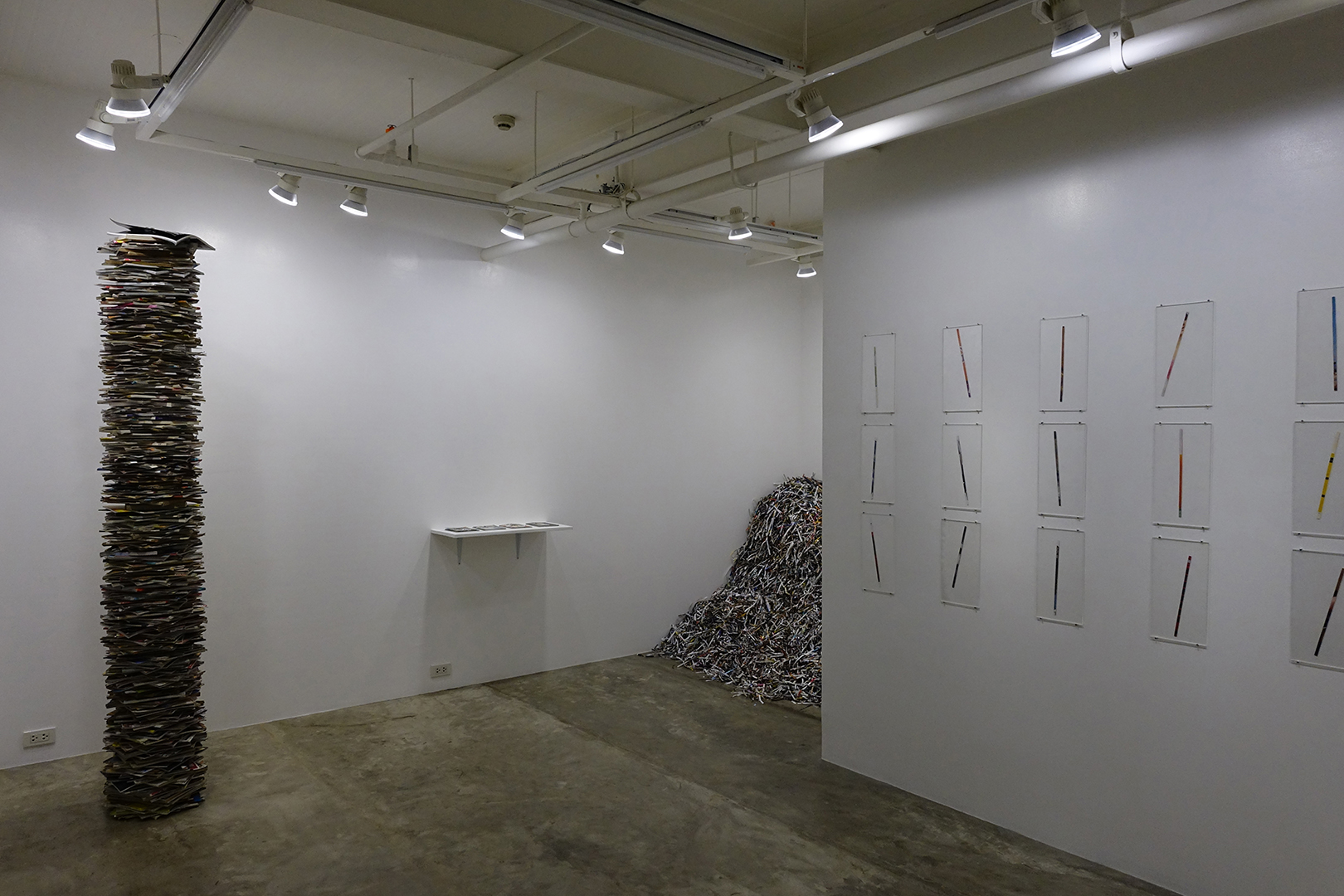 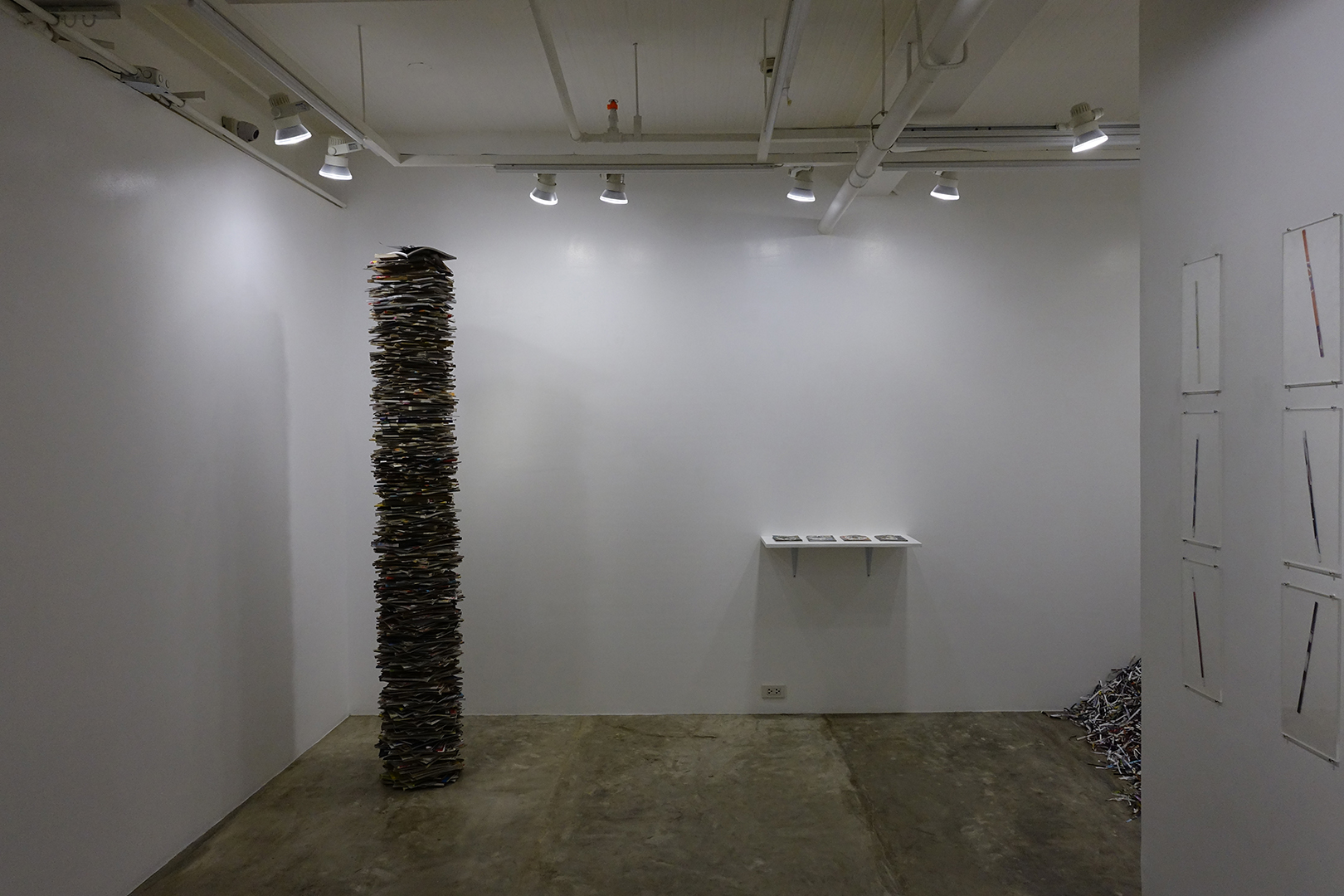 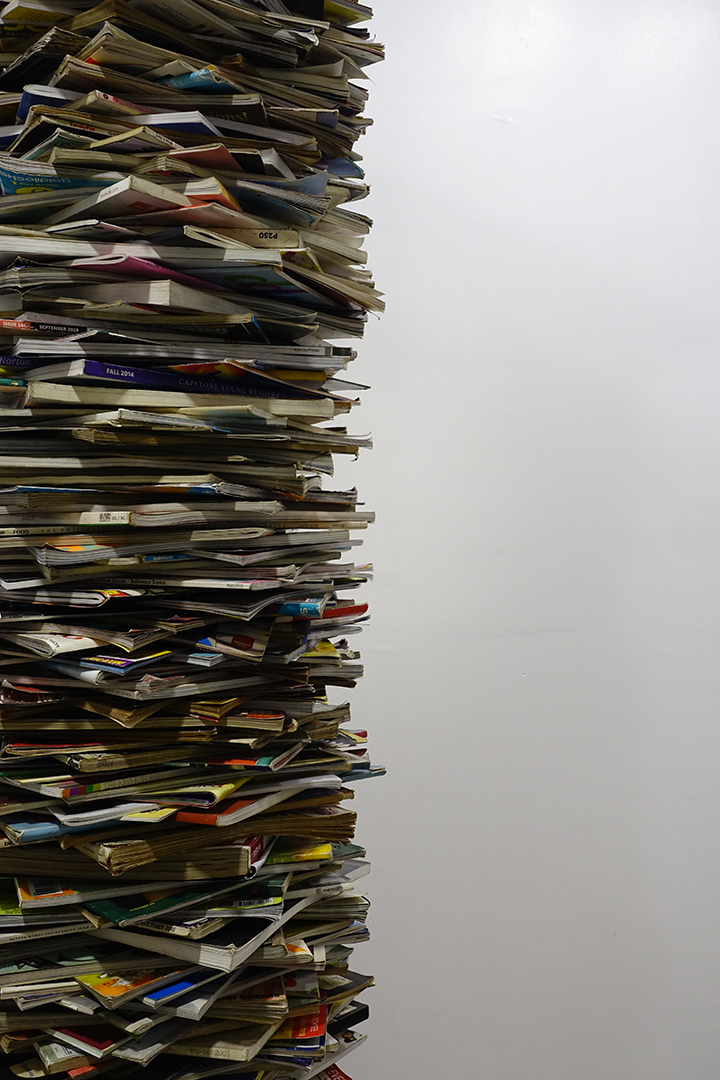 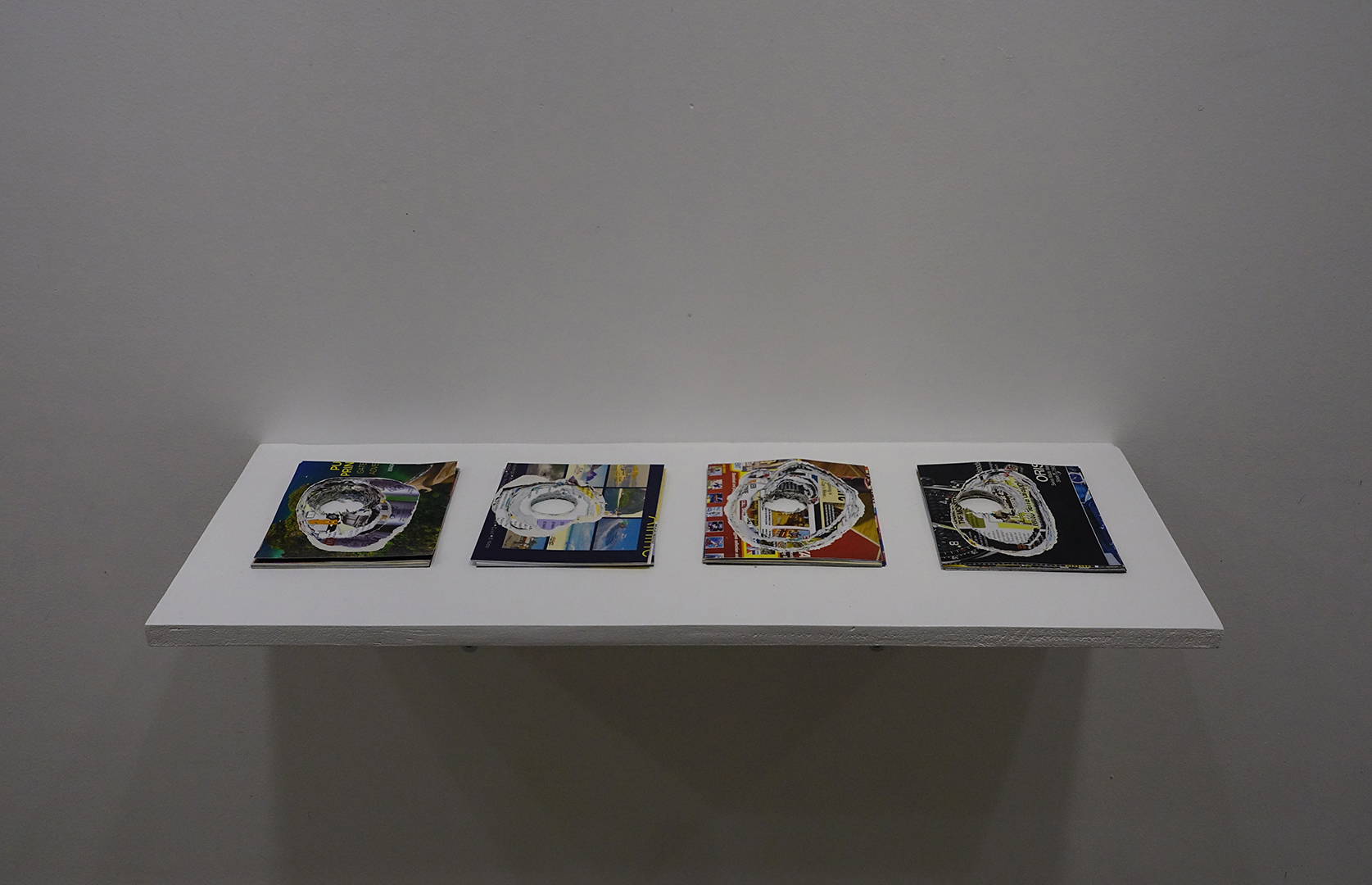 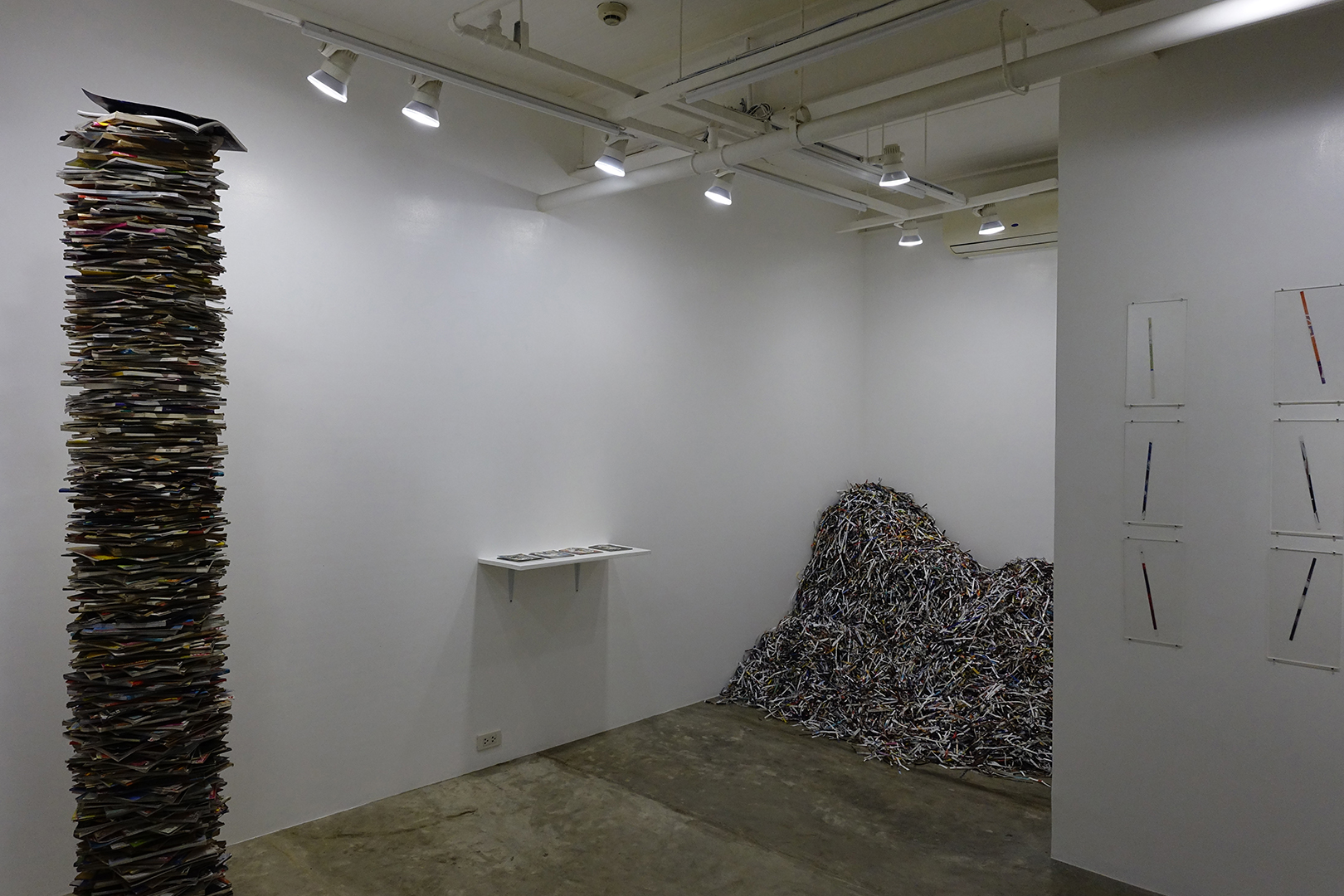