He came out of the house to die. When I went down, before going to bed, he lay stretched in the yard a few feet from the door. I knelt, saw that he was dead, and left him there: his face had a mild look, expressive neither of deep peace nor of deep suffering, although I think he had suffered a good deal.

Currently, the price of pork in the market is at PhP 250-260 a kilogram. In Jemima Yabes’ Chops, Hams, Head, the artist turns to this pink merchandise in the wet local trade (whose steep prices betray product displays over linoleum covered tops or sometimes hung by hooks under artificial yellow glows). Yabes’ fixation on chopped meat came with the curiosity for the commodity’s price hike in COVID19-struck Metro Manila. The Filipino diet after all has carved much room for it for as long as we can recall; no pandemic can stop many from purchasing every weekend if they can afford it.

In 2008, Glenn Parsons (and Allen Carlson) published a lengthy and admirable defense regarding art and the every day where they wrote that our attention to its aesthetics is buoyed by our understanding of their proper functions. This was my entry point in interpreting Chops. Prompted by a need to understand our aesthetic experience of the ordinary, Parsons proposed the new formalism that takes into account the utilitarian appeal of the mundane and the commodified in line with the viewer’s own personal sensual fancy, Connecting this concept to Yabes’ studies of chopped pig, the show appears like a straightforward commitment to the aesthetic value of commodities present in the parts of human life that are not strictly devoted to the high Arts (market days, food preps.,  etc.). Initially developing the plans for transforming the gallery space into a scentless market with depictions of meat in striking colors (the eye agreeing to warm harmonious hues of peach and carmine, and the mind recalling the viewer’s own experience of sensing raw muscle smell and pinching at slabs whose bones poke out sometimes with remnants of coagulation after blood-draining), the artist shifts to turn to a further inward evaluation of her subject—the magnetism of a former living animal’s cut flesh and the time it lived to get to that point.

In 1948, Elwyn Brooks White’s “Death of a Pig” was published as a short story essay. Having read this some years back, Yabes’ almost passive attraction to pork turns into an inspired musing for the time exhausted by the mammal in the industry. White’s story is a story of a “failed” single-hog raiser. It covers a short span of time where a pig-owner discovers that the pig he’s been raising has contracted a disease that cuts its short life shorter. The story revolves around the narrator and his small circle of acquaintances’ relation to this pig: from their determined attempts to treat the animal to the moment of its businesslike dispatch for burial (which he wrote was a more decent affair than human burial). The story has inspired contemplation for the short sentience of animals reared for no other purpose than the harvest of their flesh. The narrator himself seemed torn between his own regard for the pig as both a conscious and cared for being and a product that has sadly expired—losing exchange-value. In this space, Yabes’ co-locates images of the pig in its living and nonliving forms as if by jumbled timeline, and was ambitious in horizontally connecting dots toward two conclusions: one by slaughter and one by ‘natural’ causes.

It is these ideas which sway in the air of Chops, Hams, Head. It might inspire the viewer to perceive their lunch in another simulation, maybe even to contemplate also on the nature of readily available commodities afforded to us in the system of consumption. But the collection has no planned moral endeavor; it can also simply just be the the output of a photographer’s devoted gaze who’s wholly engaged with the work of image-capturing.

To me, this deliberation on food consumption, inflation during a pandemic, meat’s functional beauty, and the sentience of pigs relate to a recognition of our alienation from the world, from our own selves and others, and from the blushing commodity itself. In the system hanging over our living structures, perhaps Chops, Hams, Head can stand as a commentary on that and form a strand to reconnect these points and suggest a more social reevaluation. To whom do we owe the pleasure of consuming these images here? of consuming actual bred meat? How did they get there? What connects pandemic ecologies and hog-raising? Why are prices rising during a health crisis? And then what of pig parts on dinner plates and pastoral scenes of growing fed piglets?

At the time of editing, we found that prices went up higher at PhP 350-400 per kilogram. 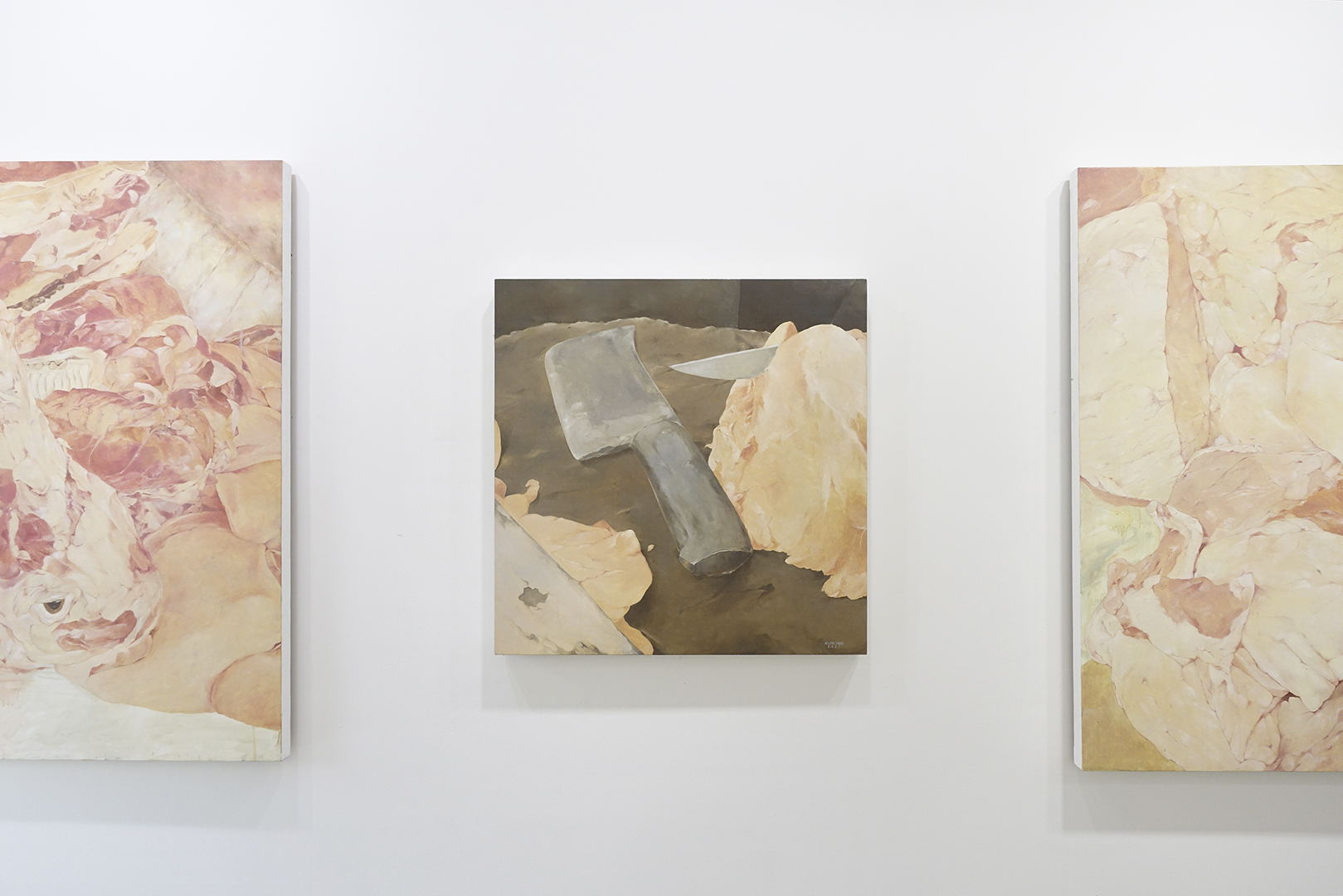 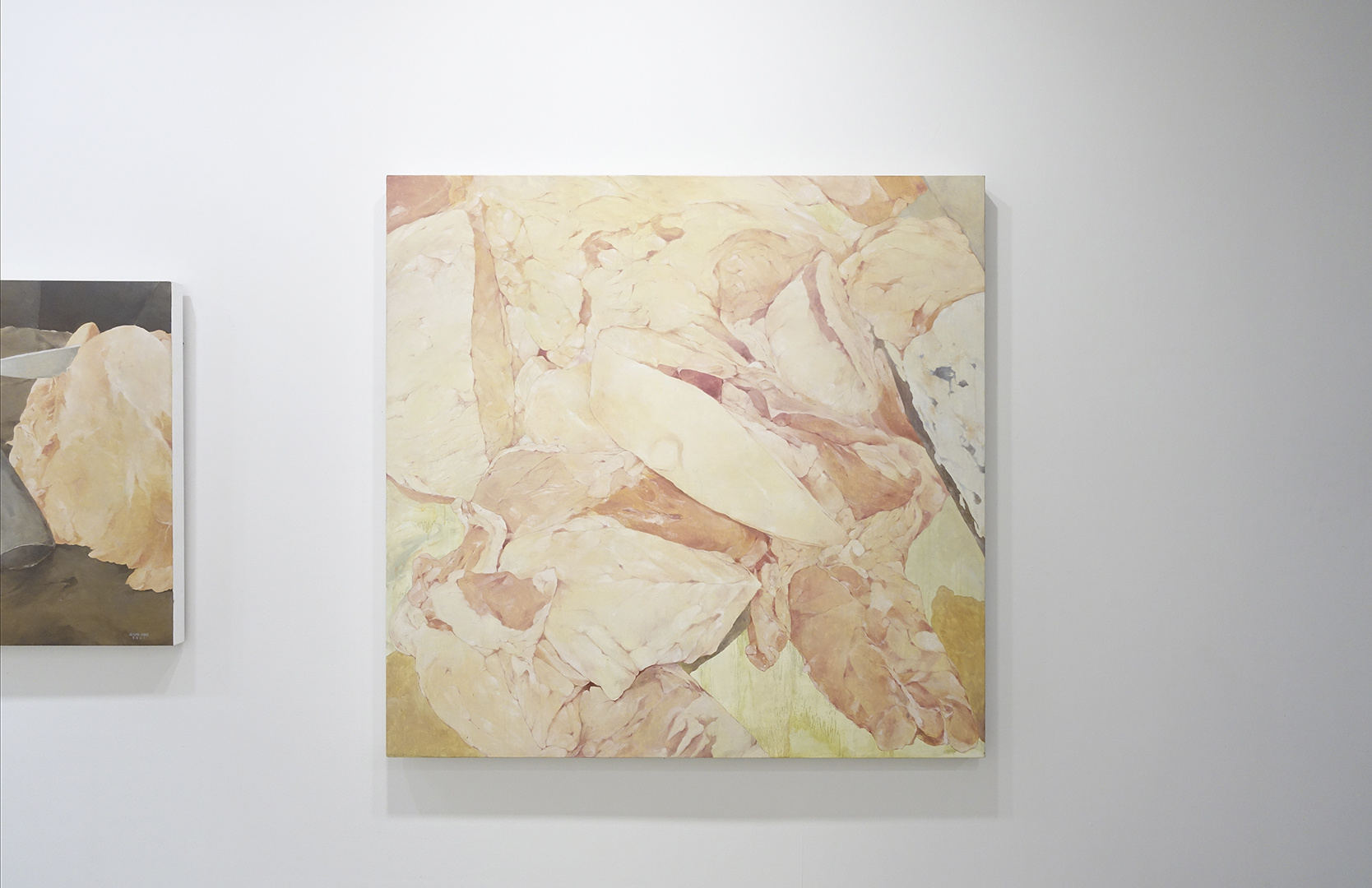 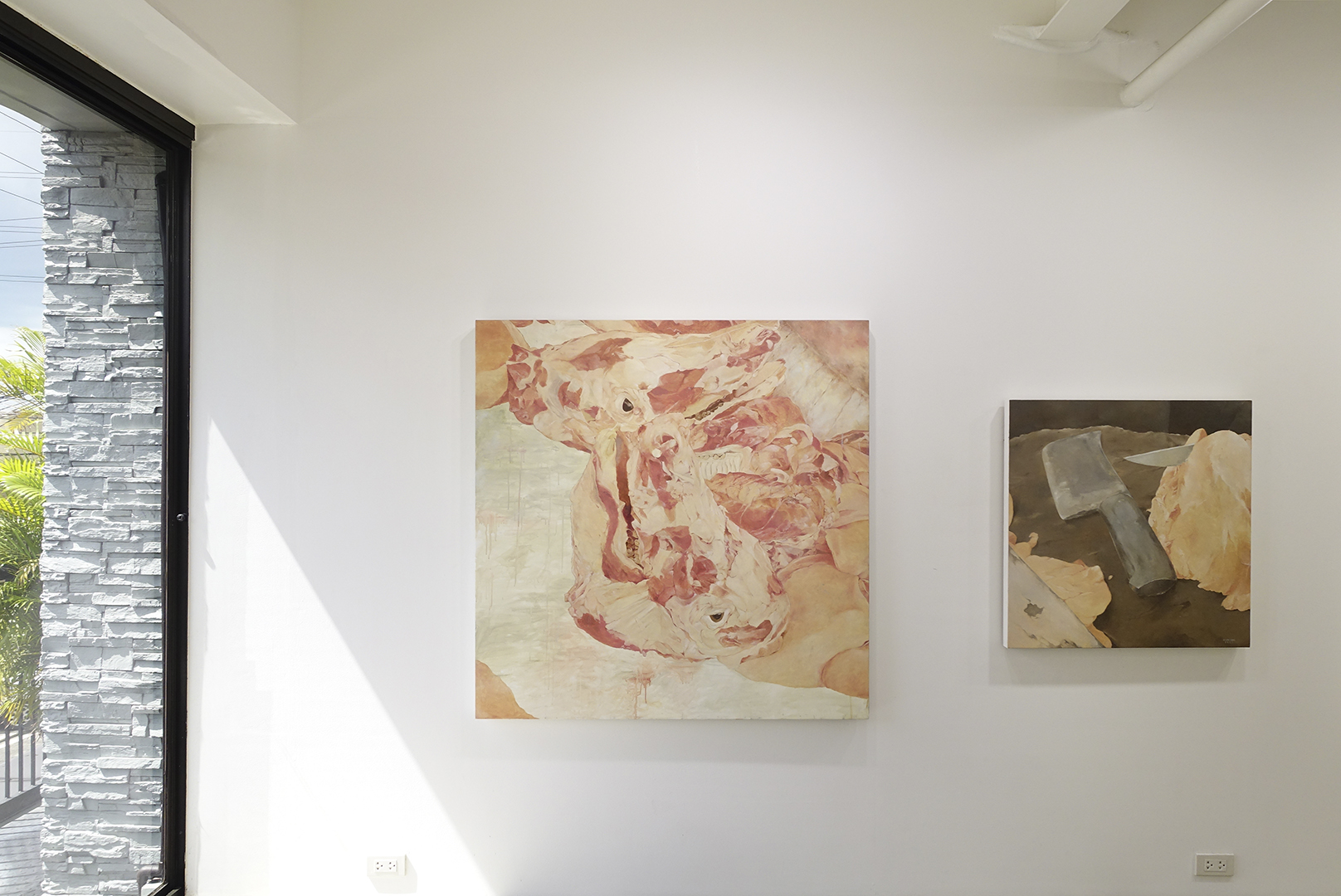 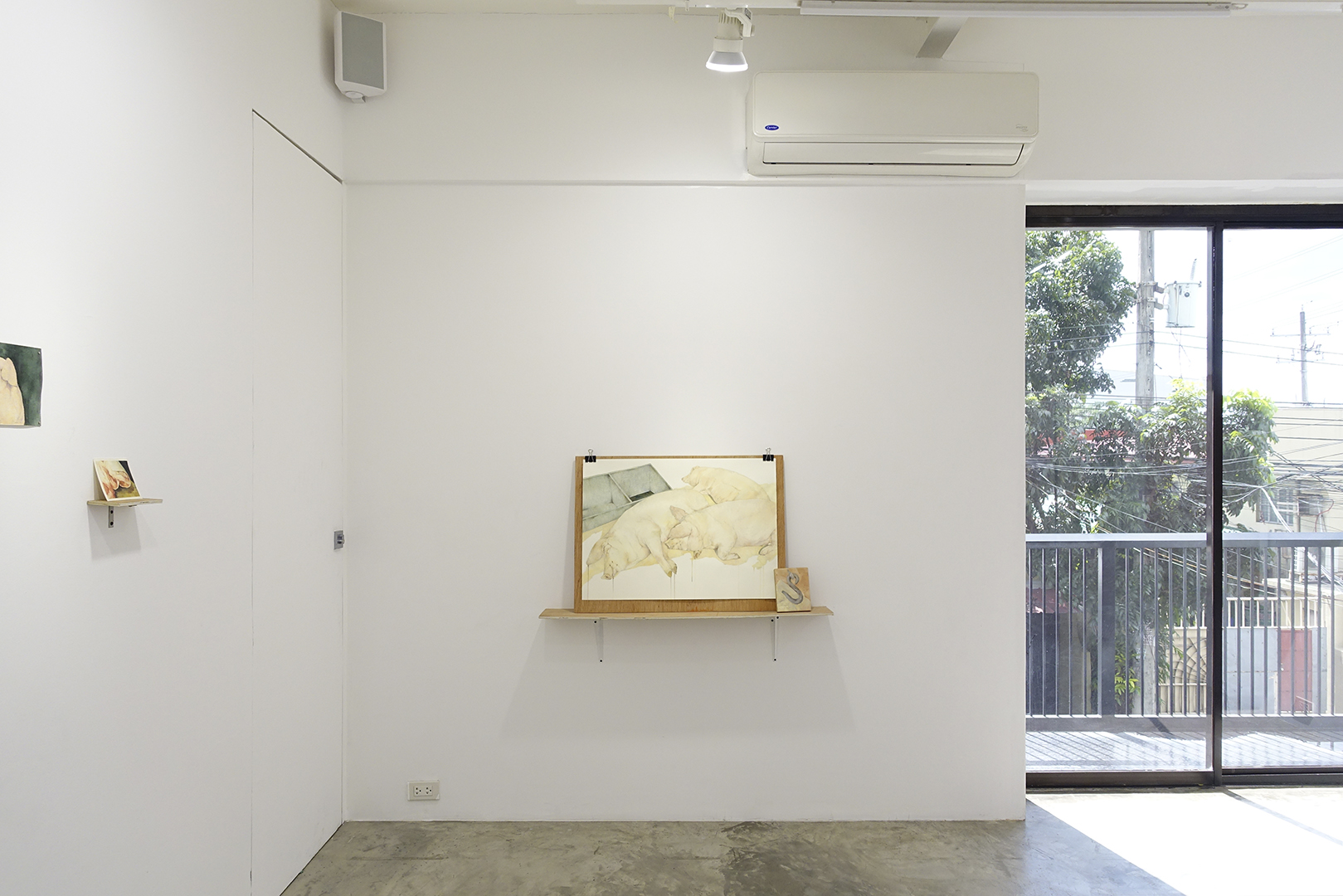 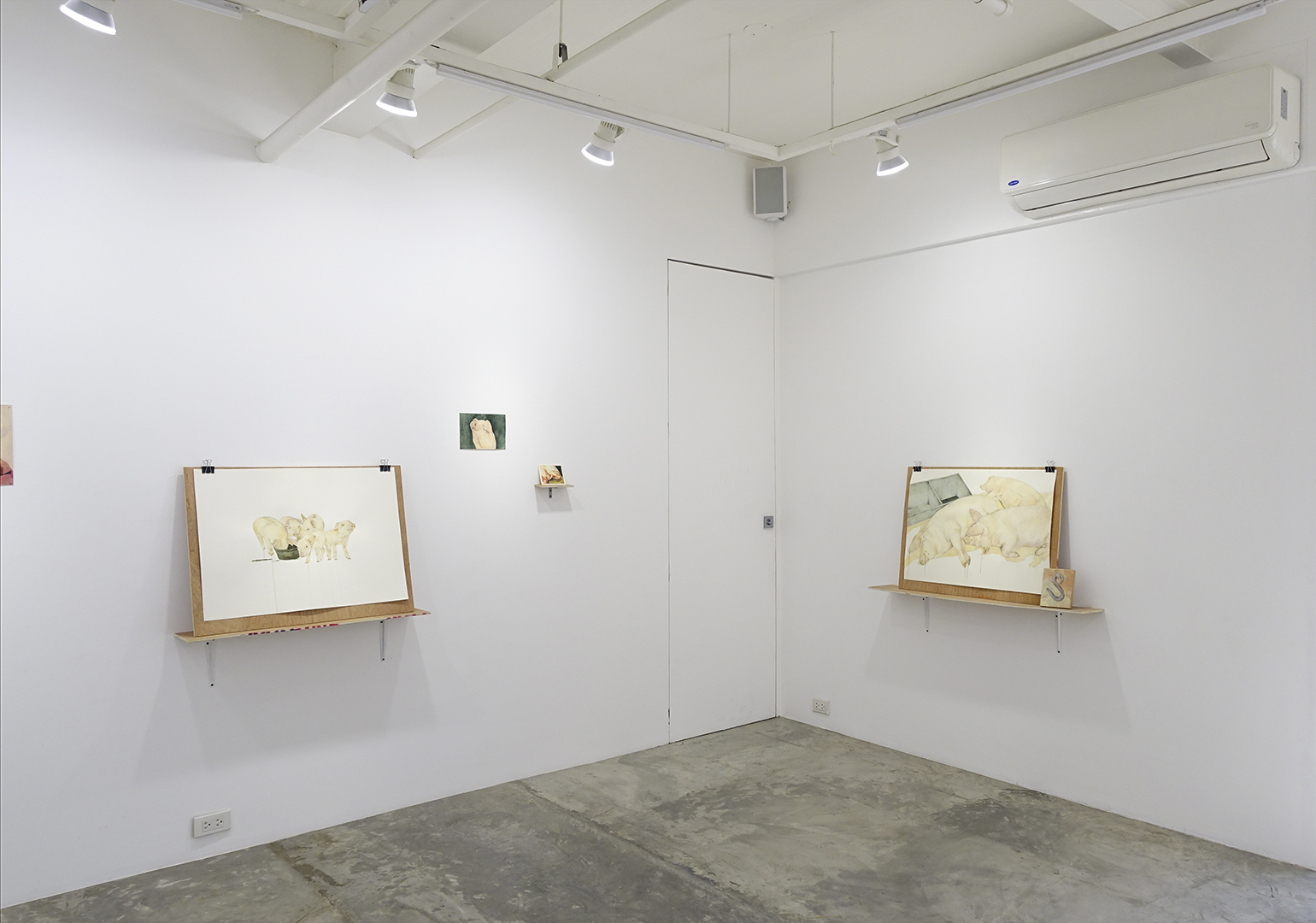 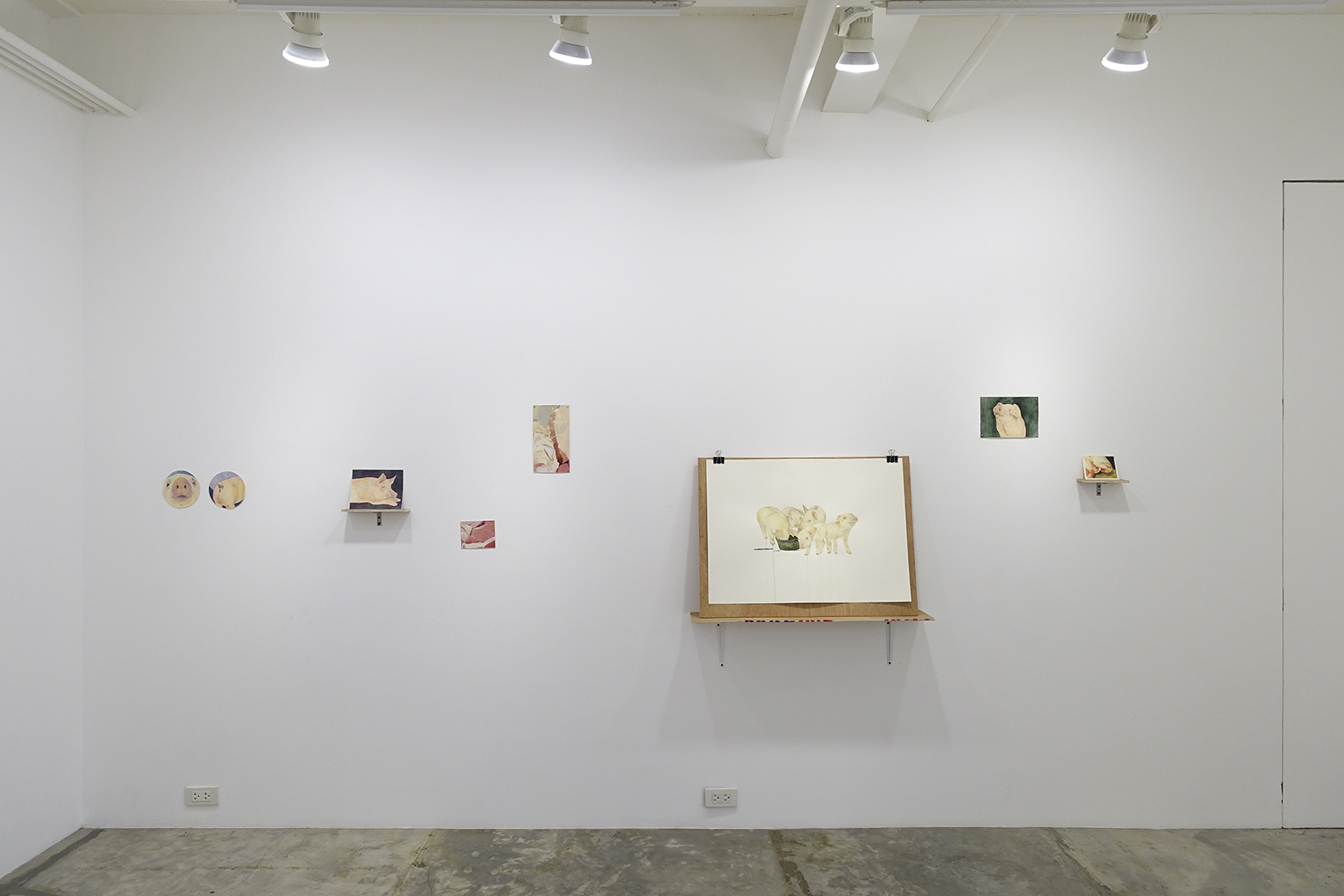 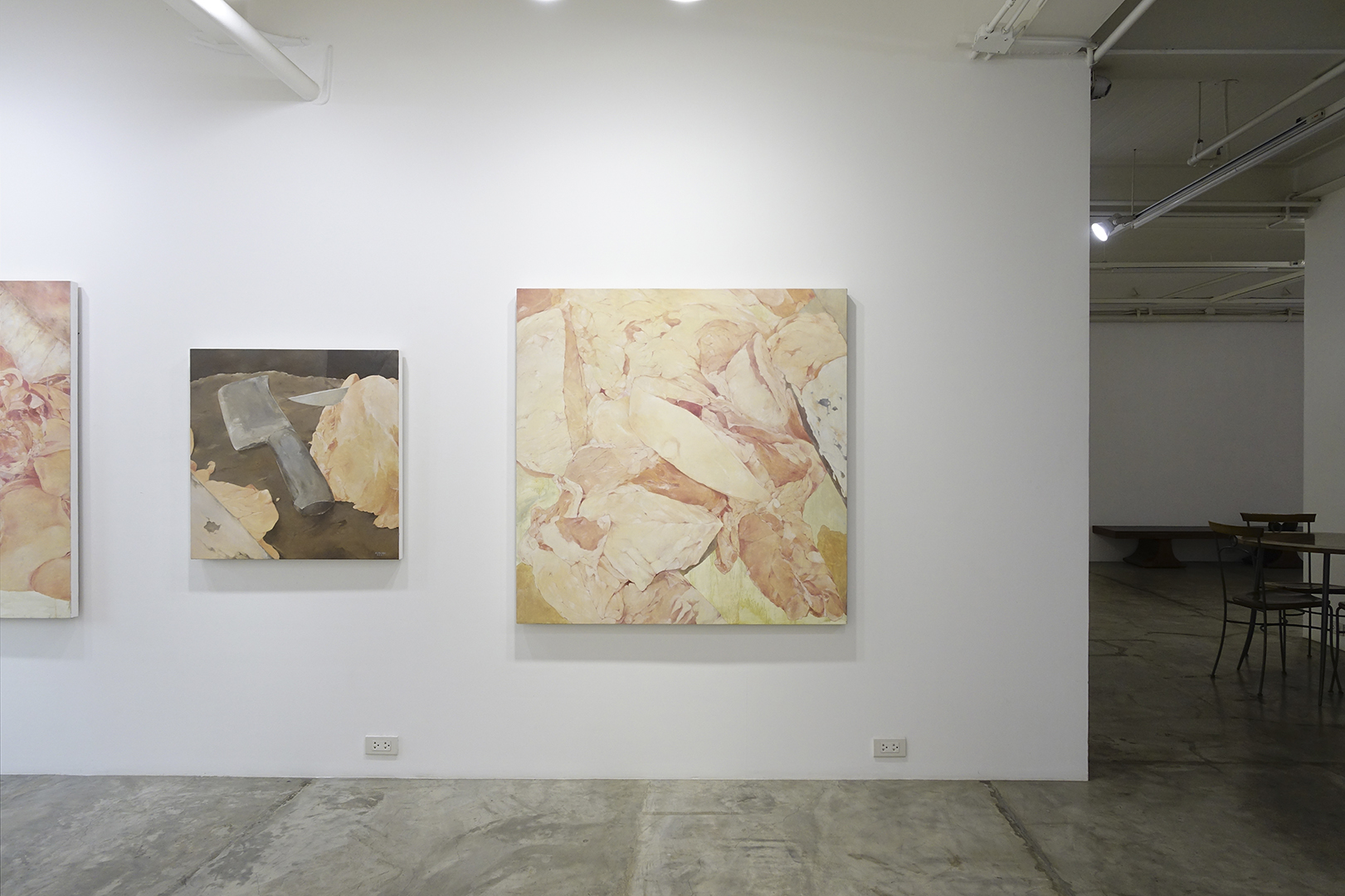 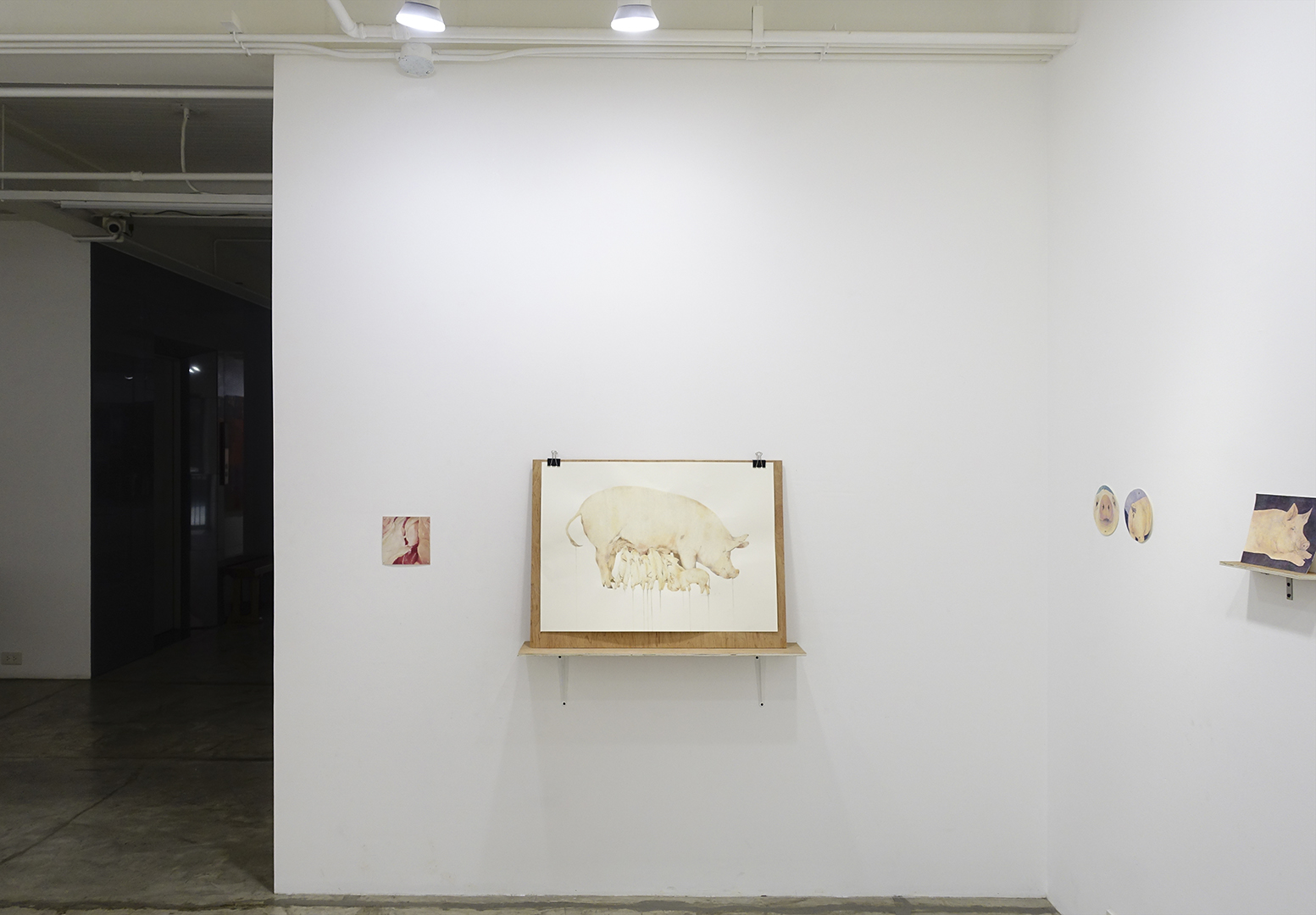 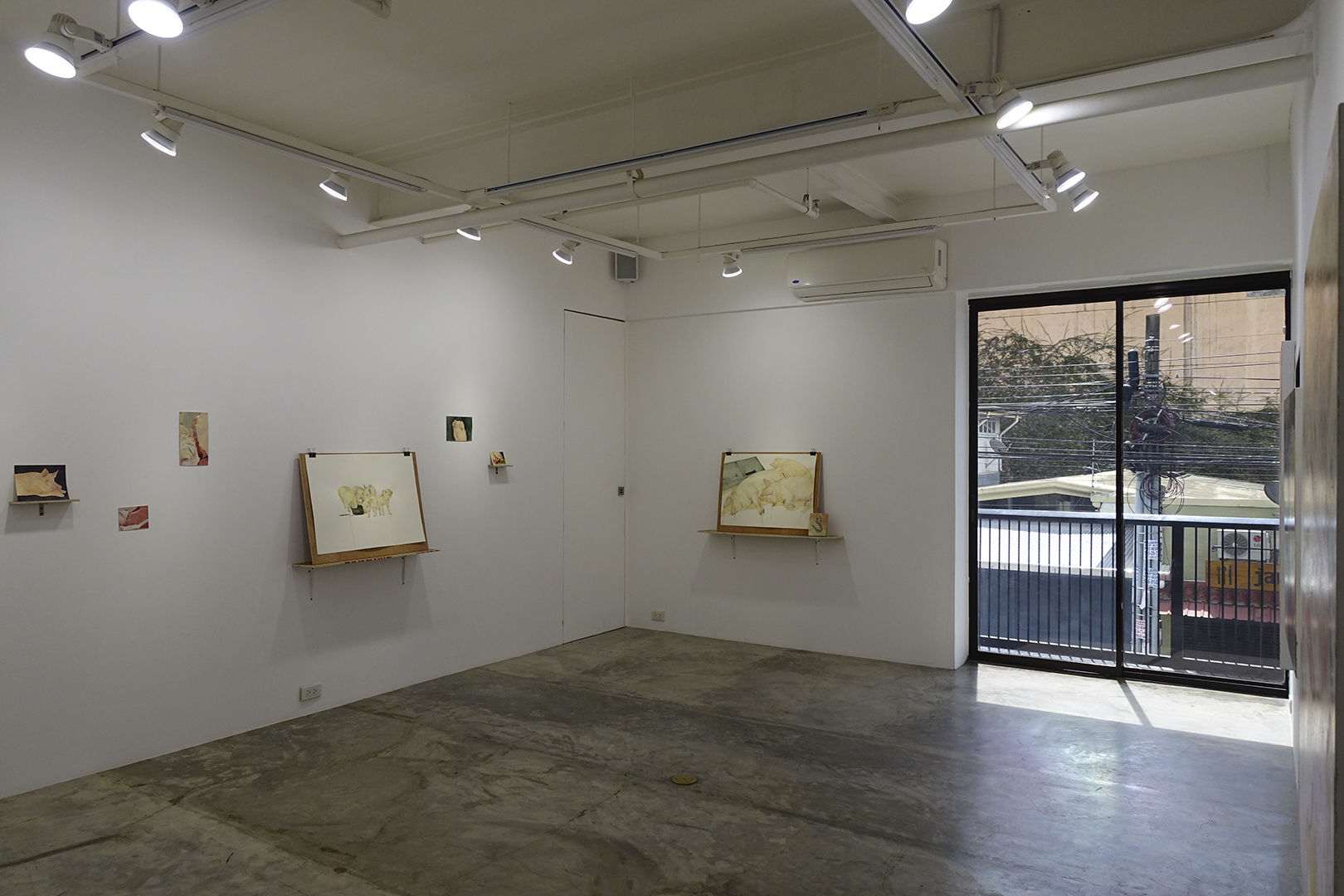