And Other Things encapsulates Mona Santos’ momentary departure from her paintings, where a series of events have opened up several opportunities to try something new. As an artist, Mona’s approach is often more conservative, in that she sticks to what is familiar and what she enjoys: lush, close-ups of floral compositions that exhibit the interplay of light and shadow with masterful paint strokes — honed over years of painting — an expert eye, and a developed intuition.

An extended stay in New Jersey, due to  a COVID-positive result, prevented her from flying back to the Philippines on her original schedule. This momentary stuckness led to moments of play, and with the removal of external distractions of everyday responsibility — ones she would have had to face upon their return home — as well as her usual arsenal of tools, these experimentations leaned on forms that are more inward-looking.

The pieces in And Other Things are entirely more meditative, where what Mona has made is largely influenced by the day-to-day: informed by foreign foliage, the artist’s present environment and surroundings, and the simple reality of an open schedule and nothing else to do. Mona has embraced the freedom offered by a momentary stranding, finding ways to make art in the face of uncertainty, and the somehow simultaneous inability to move (in this case, to her home studio) and her transitory state.

In place of mimicking the relationship between light and shadow, she has captured in her images something more literal in the explorations of cyanotype printing. She found herself foraging for winter foliage and taking photographs around Lake Hiawatha in Troy-Parsippany Hills, New Jersey (which her family has visited regularly since 1993) — weeds, grass, dried plants like hydrangeas, seeds — and composing a tableau. Then, the wait for sunlight begins. In painting images, Mona is deliberate, each stroke and colour an intentional mark on the canvas. Here, she is at the mercy of what nature gives her.

In its stillness And Other Things, was still able to capture restlessness and movement. The pieces here are evidence of the artist’s own, freed from the confines of her painting studio, and inspired by the world around her. As a mother, she has seen and embroidered for her children for over 30 years. Here, in the cyanotype pieces embellished with embroidery (a nod to women artists, like Elaine Reichek, who bring craft and embroidery into their work), it becomes part of her life as an artist, too.

2022 is the year Mona celebrated her 60th birthday. This is the year where the stark line she has drawn between art and her domestic life has become less so. We get glimpses of her life beyond painting: collecting plants, working with a needle and thread, drawing on the dining table. A fuller picture of herself has been painted here, incidentally, only with sparse washes of colour and beautiful pencil drawings of minimal compositions hinting at the work that’s been expected of her. 60 years old is as good an age as any to do something unexpected, to peel back another layer of yourself to get a wider image, embracing parts that used to be left in the dark. 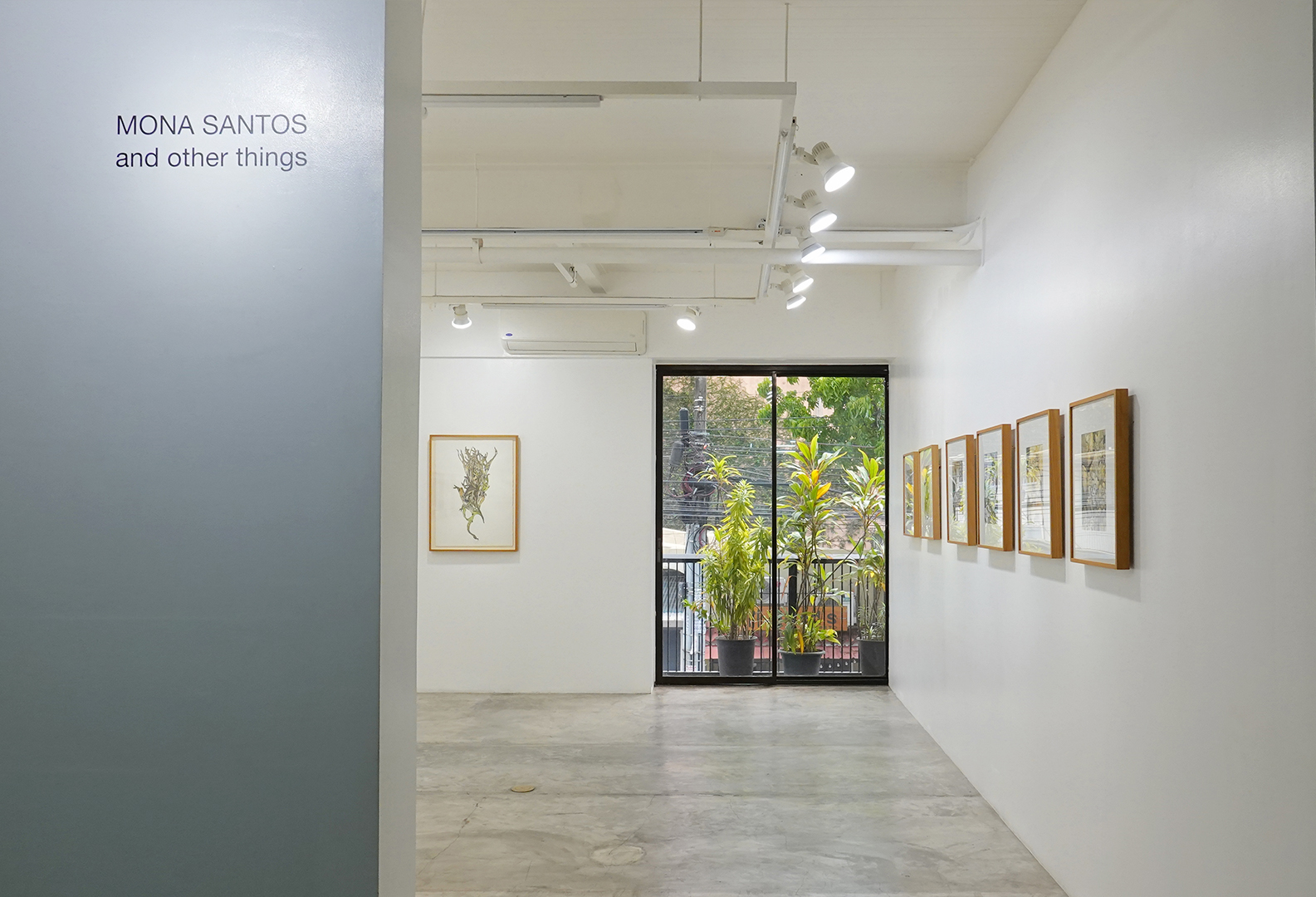 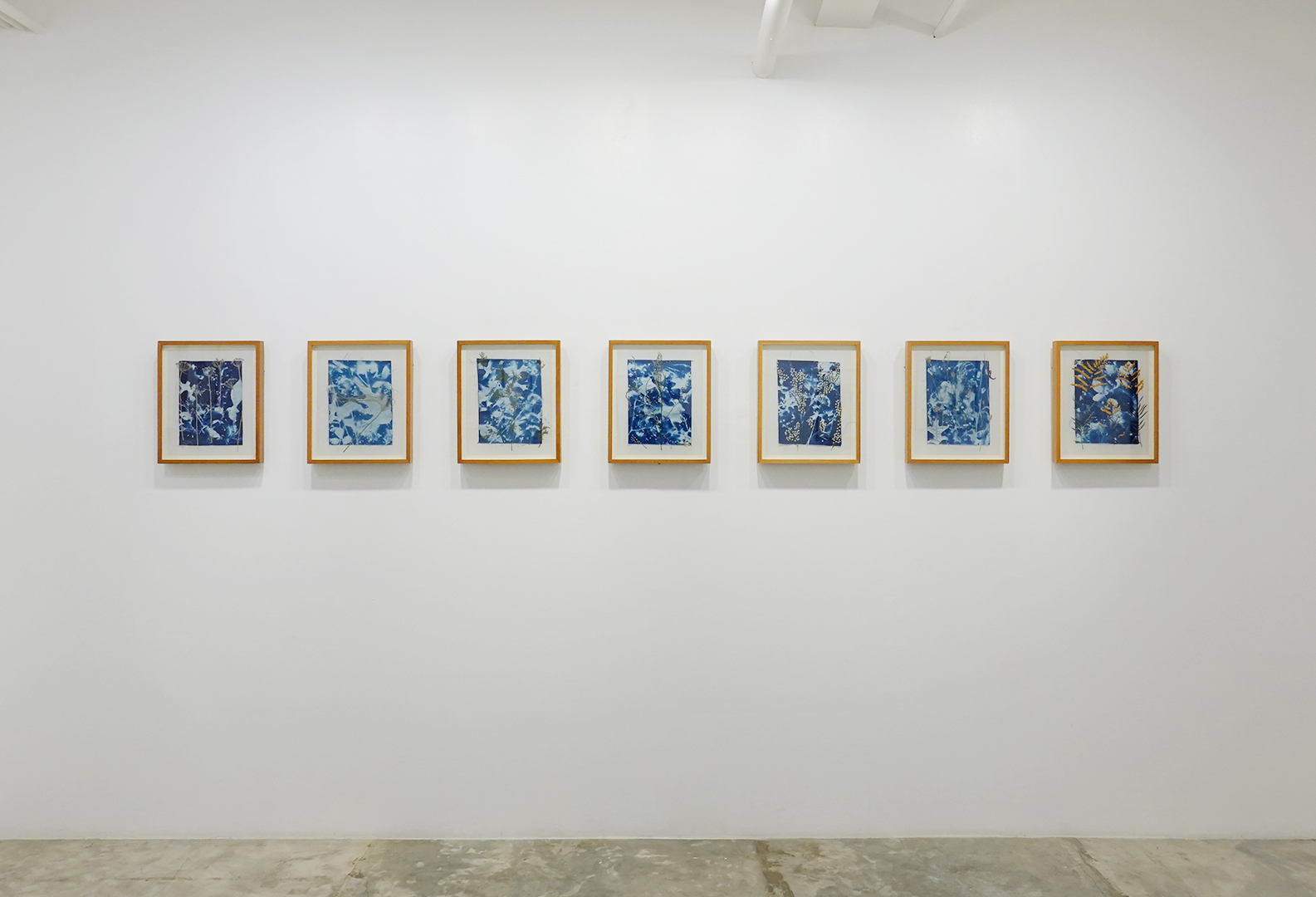 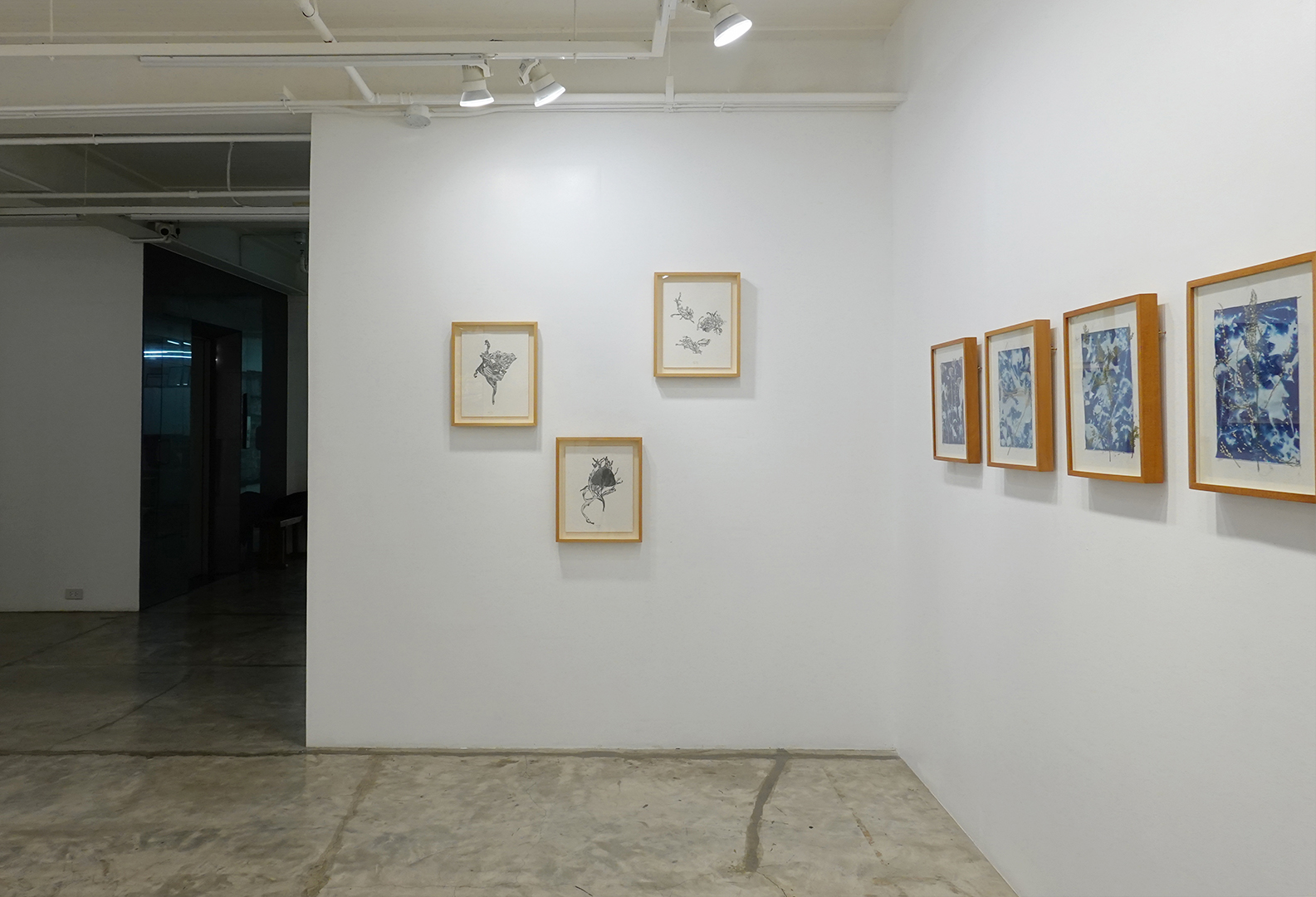 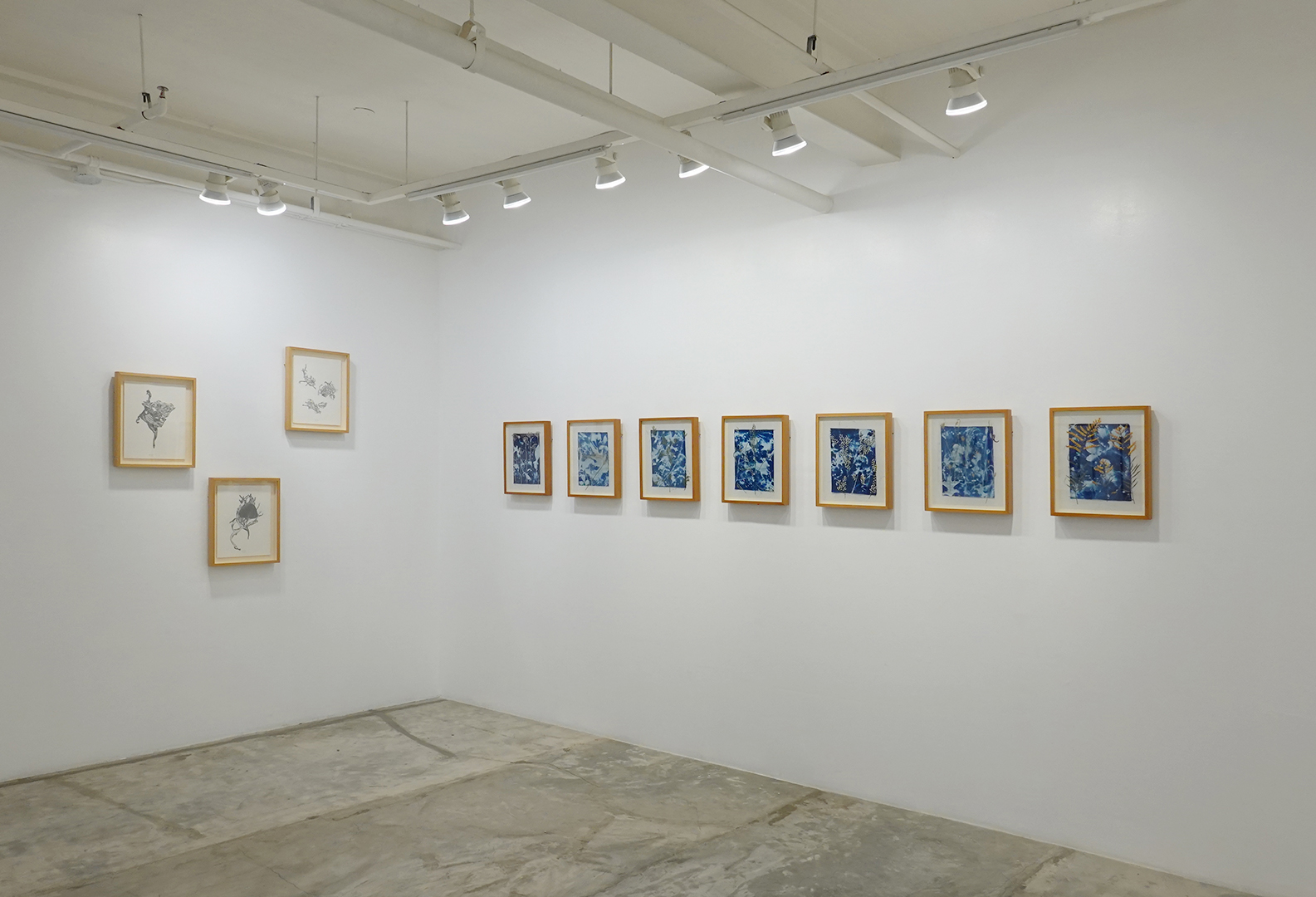 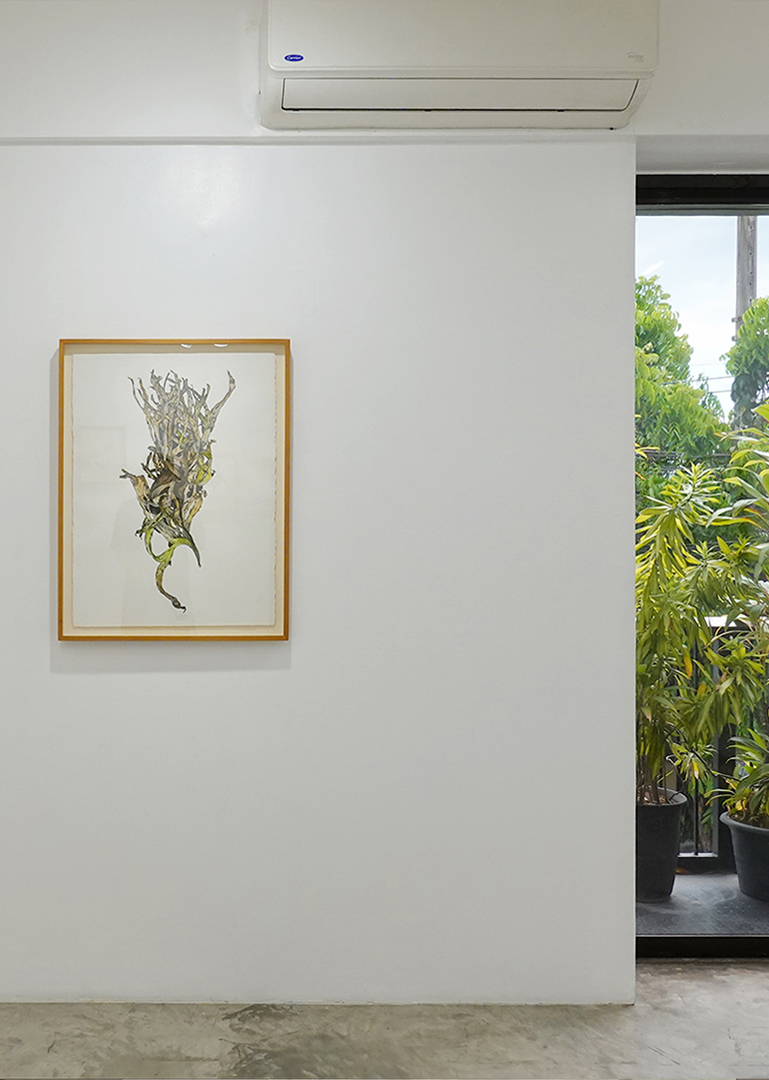 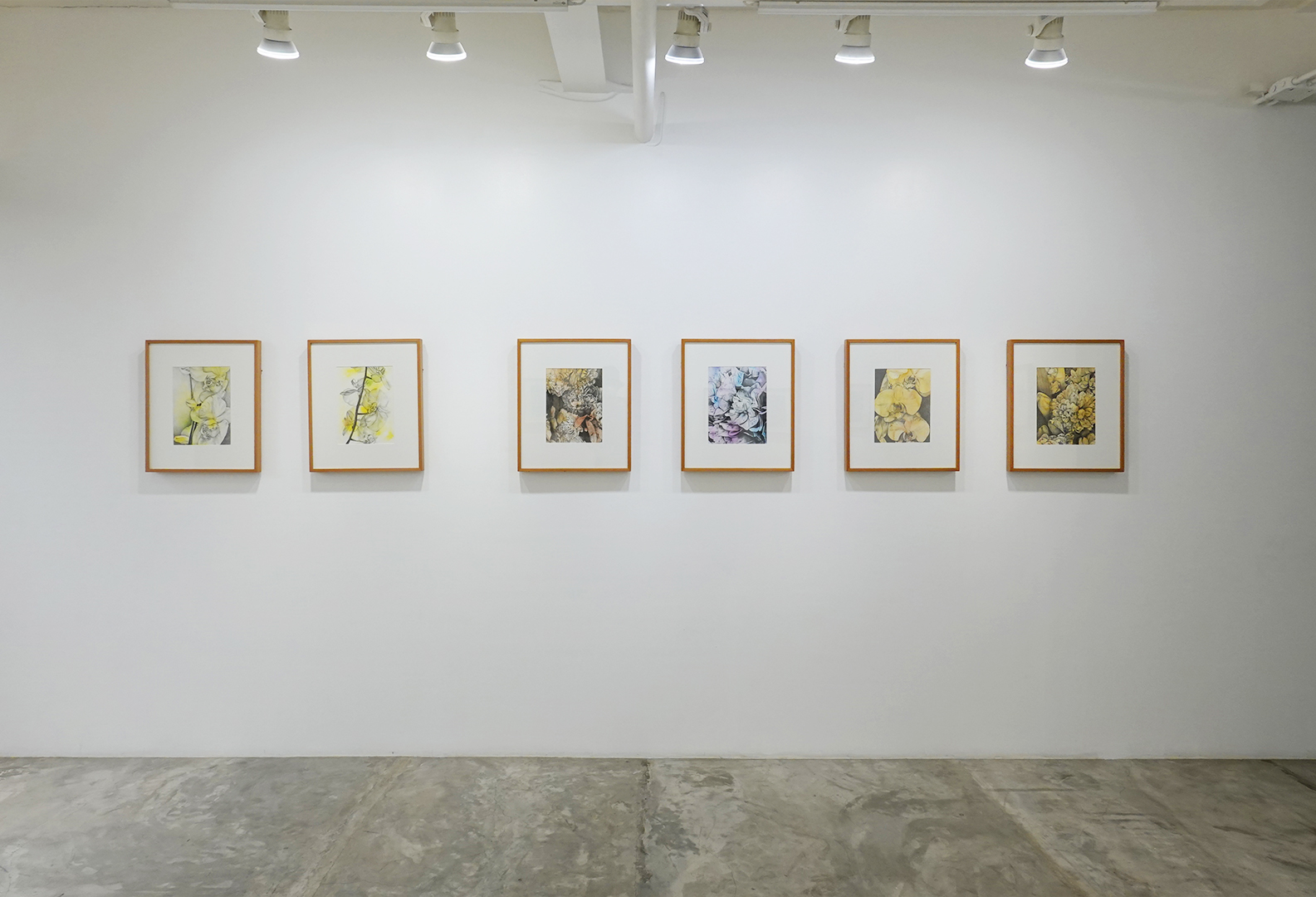 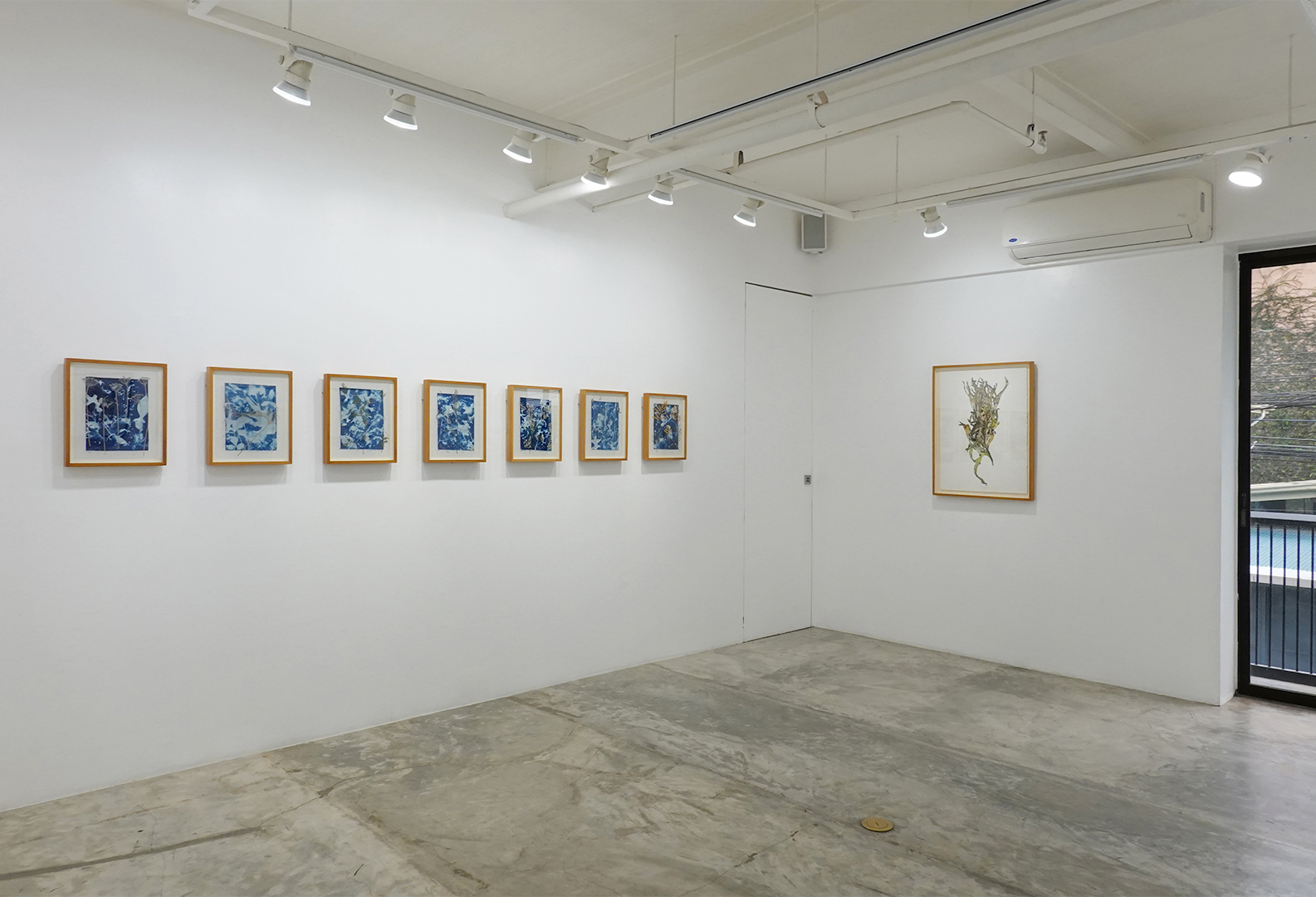